The team had already won the regionals in Glastonbury, beating South Wales side Newport in the semi-finals.  Before the game, Steph Hutchins, the Team Captain, said, "This is a fantastic honour and privilege for us as a team to play in such a special ground, in what, for some, will be a once-in-a-lifetime opportunity.   We have a fantastic team of enthusiastic women, all of whom are really excited about playing at the Oval.  It certainly is a great opportunity and even the 4.00am start in the team minibus is not putting them off.” 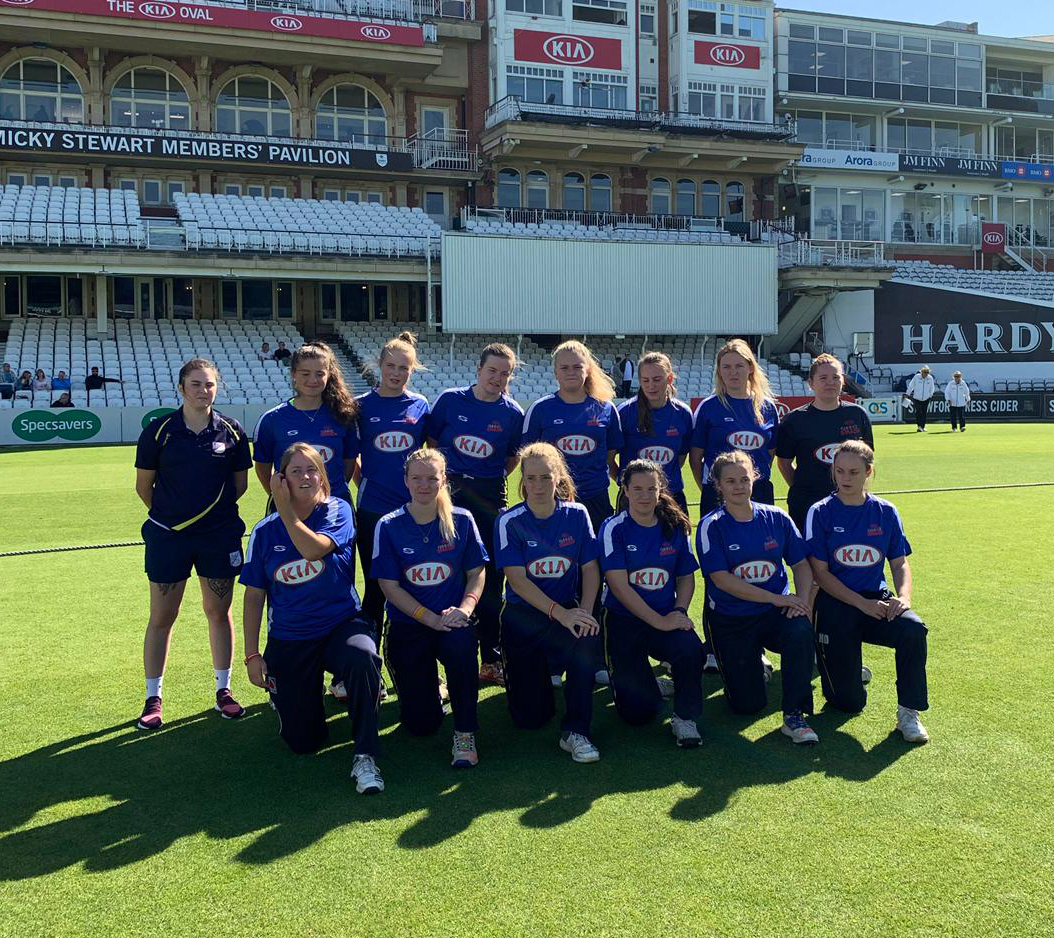 The schedule for the day was amazing, with the girls arriving at 10.30am to have a tour around the ground.  After that they had a net session with England's batswoman Fran Wilson.  Play commenced at 2.00pm and Plympton were first up against the South winners, Hursley Park.  Sadly, Plympton lost their game but high spirits were still present as this was such an achievement to get to this level.

The previous evening Evie had attended a training session in Plympton with the Ladies Team which was filmed live for Spotlight, who were featuring the girls and their trip to The Oval.

Originally, Evie started playing cricket by bowling with her older brother in the garden, which then led to her by chance competing in the West Devon team at the age of 9, as there was a shortage of players.  It was at this point that her passion for the game was realised.  Evie’s dad then persuaded her to join the local cricket club.

After joining, she developed rapidly under the watchful eyes of Andy Johnson and his coaching team at Ivybridge Cricket Club.

Whilst at this club she captained the League winning Boys’ U11 Team, while at the same time, also playing for the Boys’ U14 Team.  She had already played for West Devon District Girls’ U13-15 Team as well as Plympton Ladies.

The Devon U13 Team was the next milestone, in what turned out to be a four year stint,  competing at various locations including; Devon, Somerset, Dorset, Wales, Hampshire, Gloucestershire, and Oxfordshire.

Having made many happy memories at Ivybridge Cricket Club, Evie followed her brother to Plympton Cricket Club, where the extra number of teams increased the opportunities for Evie to play more cricket; namely the Mens’ 3rd Team and Sunday adult cricket.  During this period Evie played for the West Devon U15 Boys’ Team taking 2 wickets and earning the respect of the older boys. 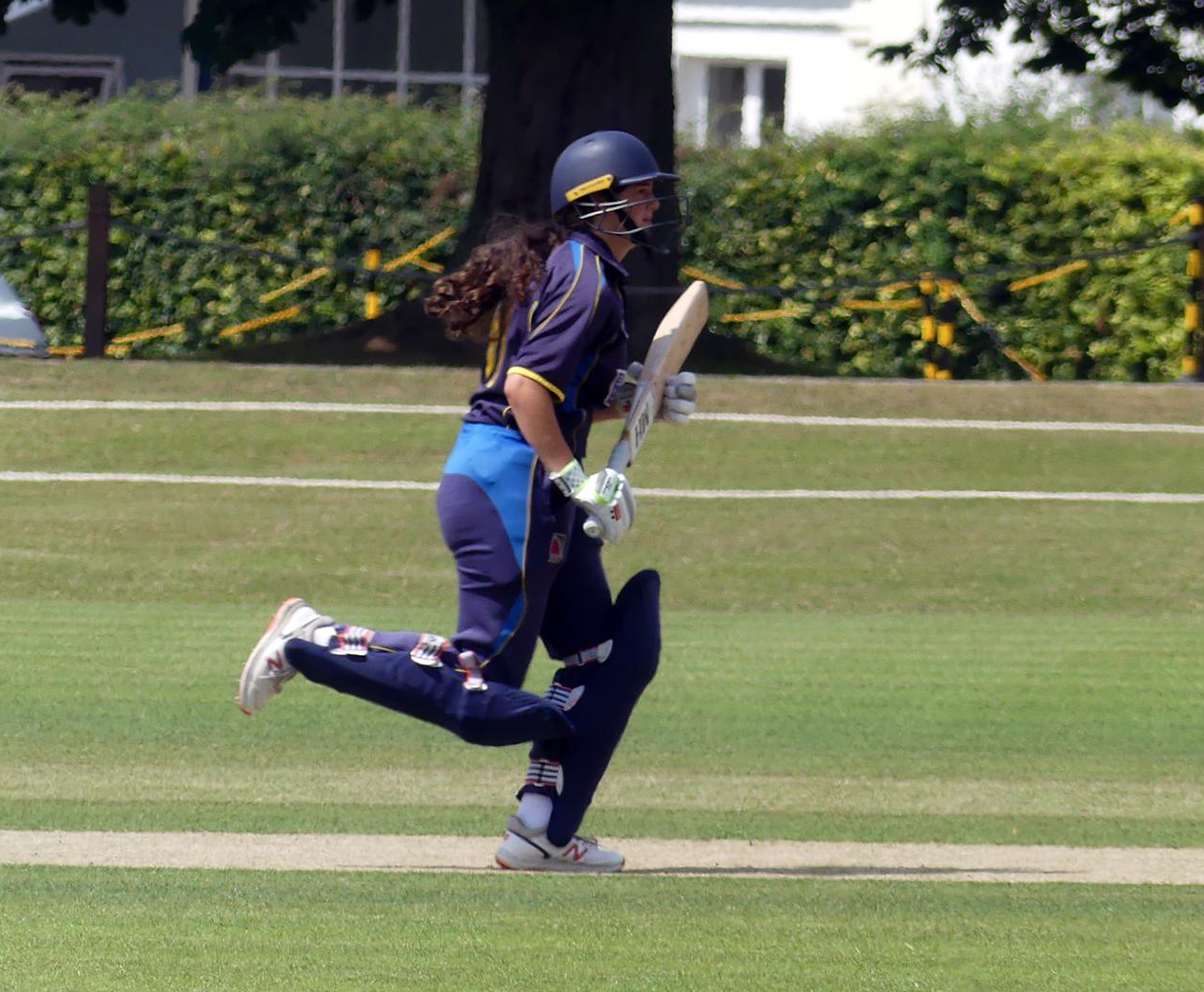 Evie became a ‘regular’ in the Plympton 3rds taking wickets and becoming a much harder player.  She also carried on playing District cricket and started to be selected for the Devon Girls’ U15 Team games, with the occasional Devon U17 Team games played.  The season finished with a couple of games for the Devon Women’s Development Team.

This season just passed (summer 2019), has seen Evie captaining the Boys’ U14 Team at Plympton, and also playing for the Boys’ U15 and U16 Teams along with being a near permanent player in the Plympton Mens’ 3rds Team and Plympton Ladies’. Together with Devon duties with the Devon U15 Girls’ Team, and regularly in the Devon U17 Girls’ Team and becoming a fully functional part of the Devon Women’s Development Squad.

Evie achieved all of this, despite having a knee injury at the beginning of the season seriously hampering her bowling.   Recovery has been a long process, but under the guidance of the physiotherapist, and restrictions in the number of overs bowled, Evie is returning to her best.

On the batting front, Evie has developed from being a big hitter, often finding herself out in the early stages of her batting, to a more thinking, durable but slower scoring batsman. 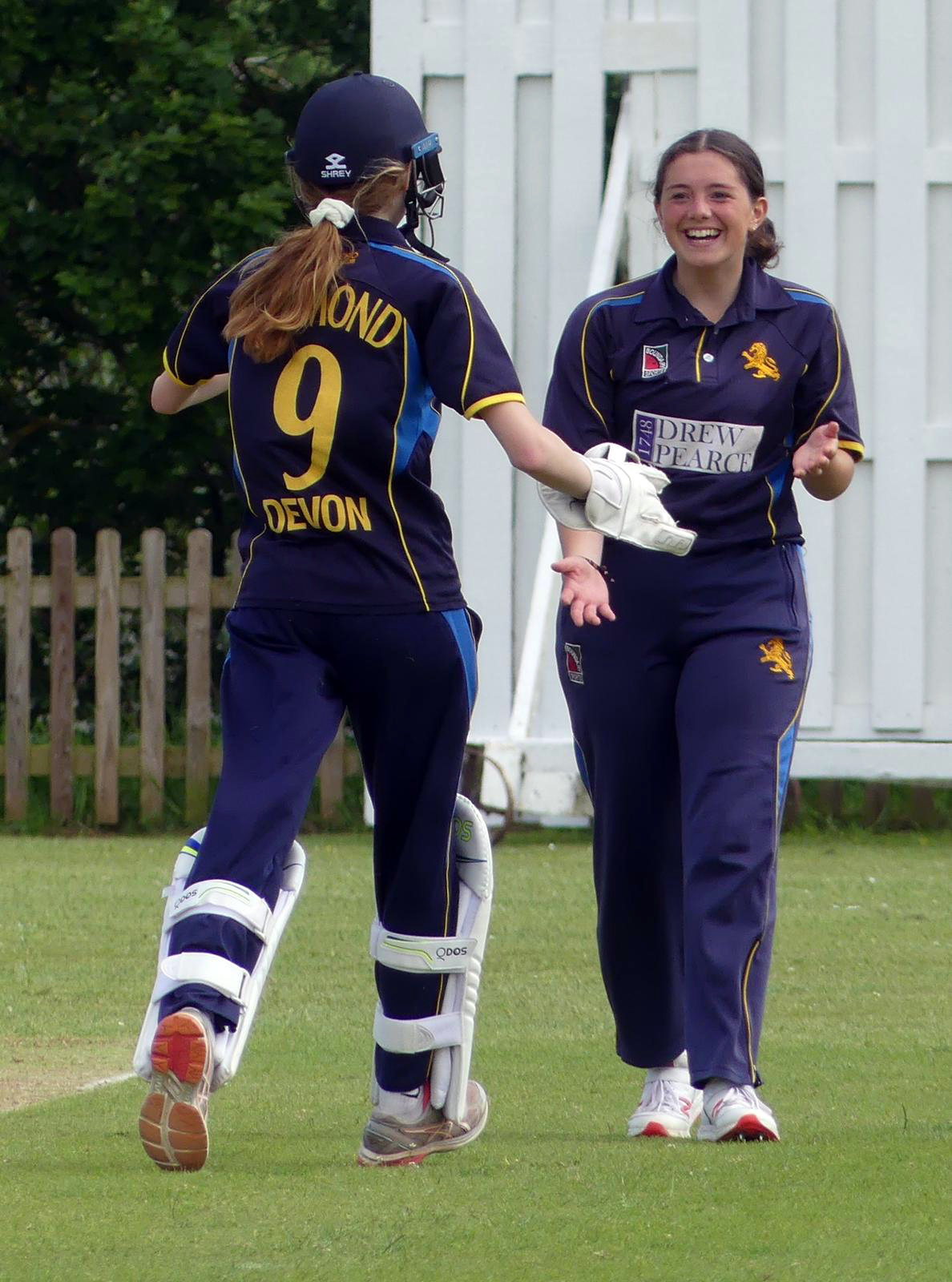 Generally, girls are invariably low in numbers at cricket clubs.  However, Plympton has a thriving number of female players with some who play at County level, and a few, who play in the men’s teams or just their own age group.  It is a sport that requires patience, skill, team work, but most of all a game that is fun and enjoyable.

On the whole, Evie’s development of cricket has been due to many factors that have helped her.  From the early days of her development and the coaching received, to a more vigorous and harder training, her commitment and drive to achieve with the added mix of having the right support from managers, coaches in the Devon County Club and her local club and ultimately Ivybridge Community College who have also supported her playing.