Over 700 participants arrived in Angelslo Sports Hall on ten judo mats to compete for the open Drentse title.  It was a joy to watch, both for the spectators and participants. 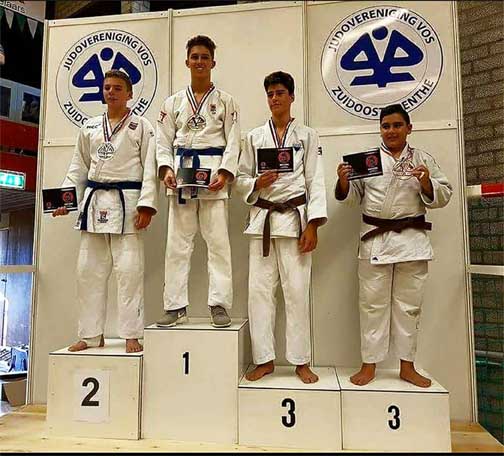 The team have returned with five medals, with Pierre achieving Gold at the “Open Drentse Judosovereniging Vos” International in Holland.  Pierre travelled with the Western Area Judo Squad, a group of twenty-two Judoka, and was the only one to gain a Gold medal on the day.

Pierre won all his fights (five in total) even though he has gone up a weight group and competed in the +66kg which is Open Weight.  This was a fantastic result especially as it was Pierre’s first competition since returning from a shoulder injury.