The Ivybridge Community College U15 Girls’ Football Team has again been on the success trail, winning the Devon County Cup final.

The prosperous Girls’ Team took victory against Lipson Co-operative Academy in Plymouth, following an outstanding second half performance in their recent Cup Final. 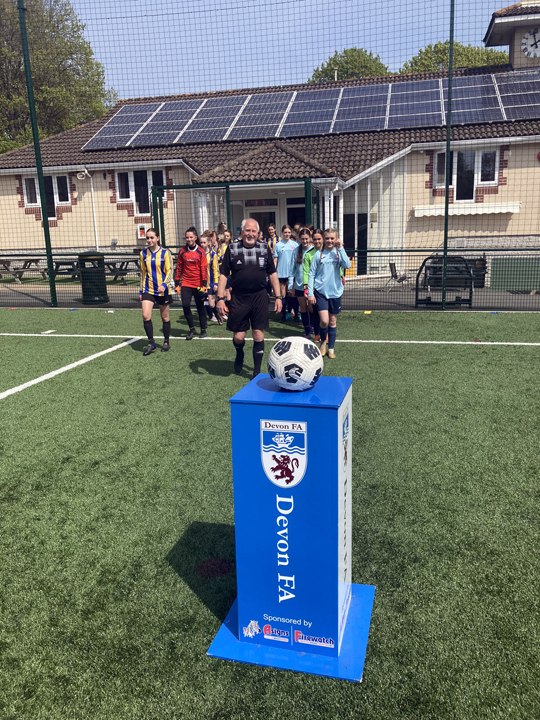 The Ivybridge team found themselves 1-0 down at half time and had to work hard to bring themselves back into the game.  Some positive play following a motivational team talk, saw Izzy score an equaliser early in the second half, taking the score to1-1.

With renewed desire, the Ivybridge Community College team picked up the pace, with Izzy scoring a hat trick in the next 20 minutes.  Summer’s goal direct from a corner was enough to bring the Cup home to the College and complete a 4-1 victory. 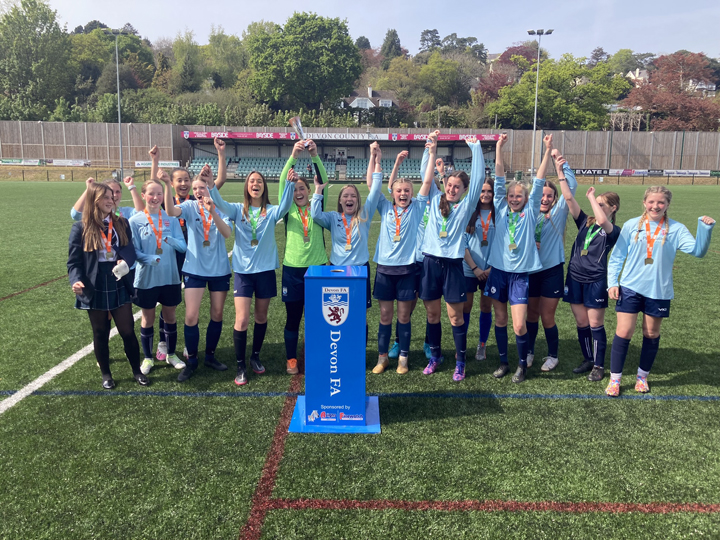 Dave Leonard, Coach and Head of Football, said that he was, “extremely pleased with the girls’ performance in the second half and very proud of them all for bringing the Devon U15 Girls’ Cup back to Ivybridge Community College.”

60 Ivybridge Community College students and 50 pupils from local primary schools have taken part in the Biggest Ever Football Session for girls across England, as part of The FA’s #LetGirlsPlay campaign. 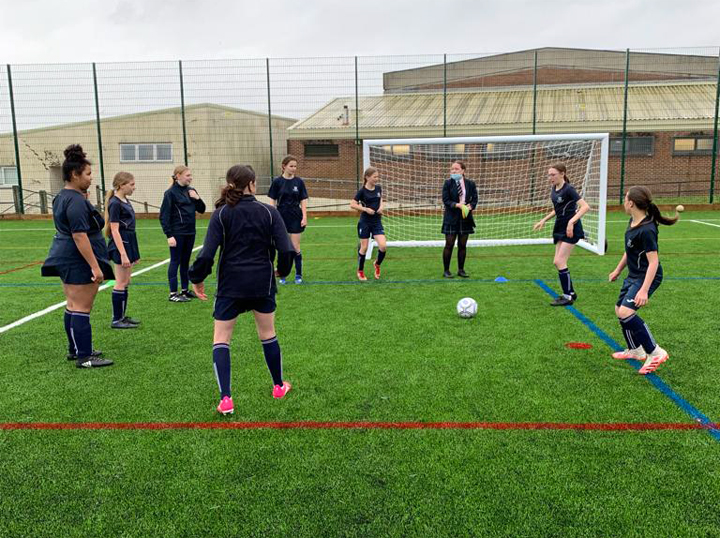 Taking place the day after International Women’s Day in March, the nationwide sessions highlighted the importance of unlocking equal opportunities for girls to participate in football in schools, and raise awareness for the Barclays Girls Football School Partnerships programme.

Jeanette Green, School Games and Sports Coordinator, said, “The day was a resounding success, full of smiling faces, excitement and achievement.  It was a wonderful initiative to be part of, uniting schools up and down the country.”

In total, 758 schools and 61,000 children took part across England, delivering bespoke football sessions.  Organised by the FA and supported by Youth Sports Trust, schools were given football session ideas and resource cards from the England Football Physical Education team. 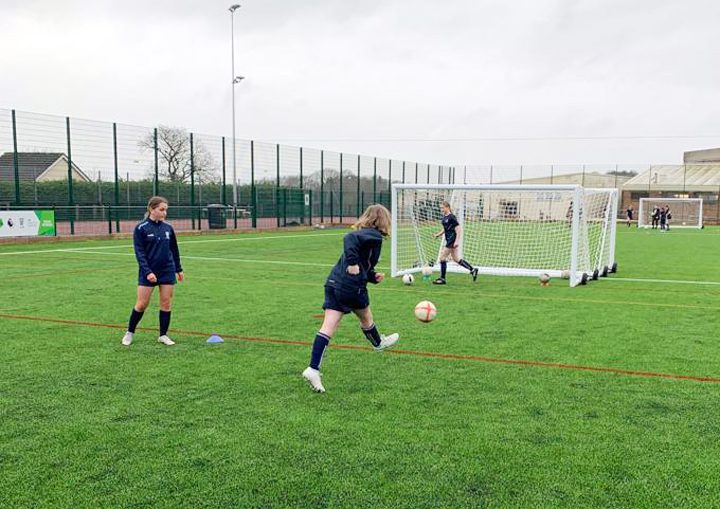 The Biggest Ever Football Session is part of the #LetGirlsPlay campaign, supporting The FA’s strategic ambition for equal access.  The campaign aims to influence change and allow more girls to feel the mental and physical benefits of exercise through playing football.

The ambition is to have 75% of schools providing equal access to football for girls in PE lessons and 90% of schools offering regular extracurricular football by 2024.

Former England International player Kelly Smith, MBE, said, “Although I played at the very top of the women’s game, I had no choice but to play for boys’ teams, and we weren’t offered the chance to play football at school.  I’m incredibly proud to be part of the #LetGirlsPlay campaign and to see thousands of girls unite at the Biggest Ever Football Sessions across the country.”

To find out more about the campaign, visit www.englandfootball.com/LetGirlsPlay