Ivybridge Community College was delighted to welcome Sir Gary Streeter MP, on Thursday, 21 January, to visit the Lateral Flow Testing Facility which is now operational at the College.

Together with Rob Haring, Chief Executive Officer of Westcountry Schools Trust, and Michael Saltern, Chair of Governors, they met Year 7 students, Oliver, Charlotte and Harriet Hastings, and Lateral Flow Testing Facility College staff, as they were shown the processes involved. 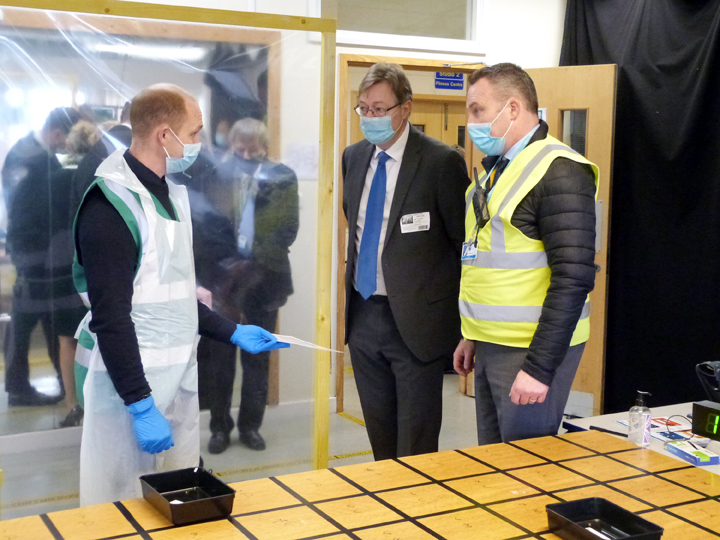 The students had an opportunity to speak with Sir Gary, and had a lengthy conversation with him regarding his parliamentary role and their experiences of being in their first year at the College.  They were then among the first student’s onsite at the College to have their Lateral Flow Tests, with the whole process being explained to the guests by Ray Hennessy, Deputy Principal. 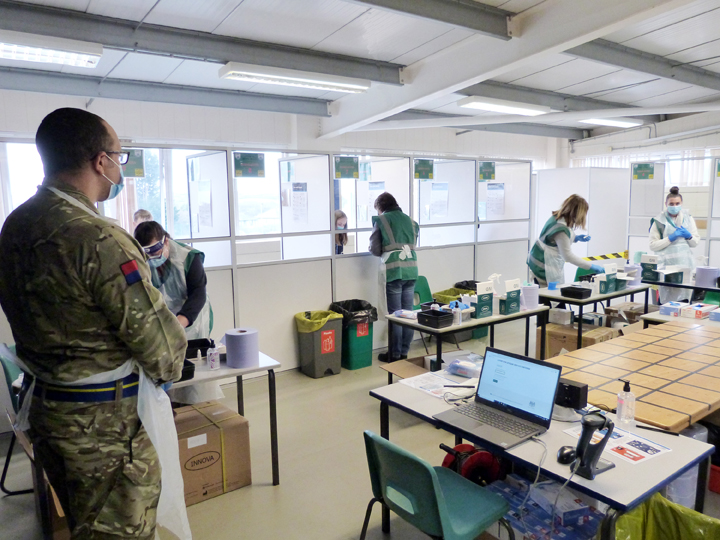 Sir Gary also met with SSgt Campbell and       Pte Rai of the Local Response Team from 1st Regiment Royal Horse Artillery, who had also previously attended the pilot testing day and been instrumental in advising on process and organisation.  He thanked them for their help and involvement discussing the benefits of sharing ‘best practice’.  SSgt Campbell confirmed that, “I honestly believe that you could have 2000 students in the school tomorrow and the systems and processes, and the actual testing facility would be able to handle it.” 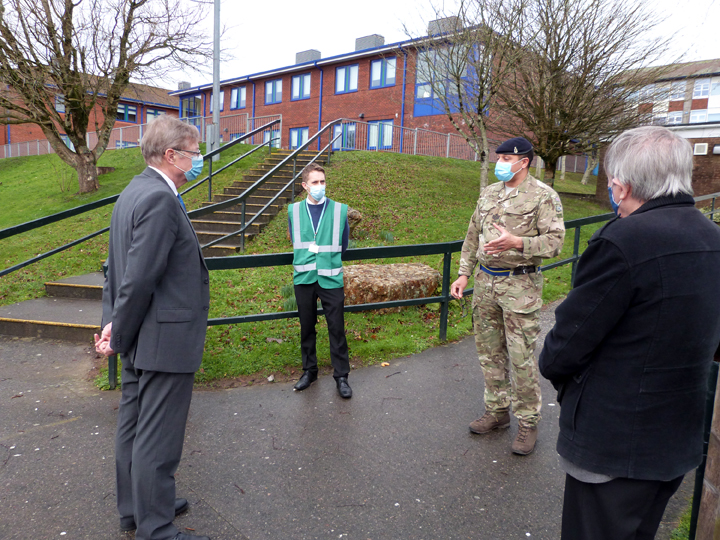 SSgt Campbell’s only concern was the ongoing delivery to schools and colleges of the testing equipment and the collection of the clinical waste, suggesting that that’s where the Army could help with the logistics of delivering the Lateral Flow Testing kits to the educational establishments.  Sir Gary said that he may be able to “press the government on that point.”

Sir Gary also spoke with Jill Chapman, the College’s Covid Adviser, and Chris Tregidgo, who is currently in charge of running the Lateral Flow Testing Facility at the College.  Chris confirmed that the whole process has been a steep learning curve, but that the Test Facility is run in such a professional manner, and to a very high standard, that all feedback from staff who have already been tested has been very supportive.

Rachel Hutchinson, Principal of Ivybridge Community College, thanked Sir Gary for visiting and taking the time to support all the hard work that the College is doing. “To receive such incredible support from the Army and our Covid Advisor has been instrumental in ensuring that the Test Facility is ready.  To see the external validation of what we are undertaking to ensure the health and wellbeing of our staff and students is really good and has been recognised at government level by the DfE.”

Please also read Sir Gary Streeter's article following his visit to the College's Lateral Flow Test Facility and his comments on what positive leadership can achieve. 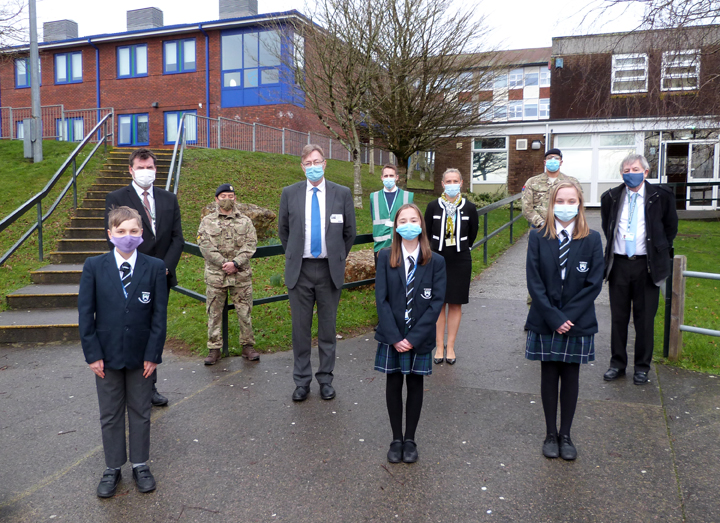