Overview of the course:

From Silent Cinema to Contemporary Hollywood, the films on the specification are of great critical reputation.  They represent different time periods and different moments in history showing alternative representations of culture and people.

The course enables students to gain an appreciation of film as an art form as well as enhancing their understanding of the world in terms of competing values, attitudes and beliefs.

In addition to this, Film Studies has a creative production element where you will be able to put into practice what you have learned by making a short film or writing a screenplay.

What will you study?

You will study the key elements of film form including cinematography, mise en scene, editing, sound and performance.  You will also study the contexts of your chosen films and what was happening when the film was made in a bid to understand what the film tells you about the contemporary history and society.  You will study the films in terms of the representations they present or challenge and will engage in the study of ideology, the Auteur and the Critical Debates surrounding film.

Examples of potential films on the course are: Casablanca, Vertigo, Apocalypse Now, Blade Runner, La La Land, No Country for Old Men, Winter’s Bone, Boyhood, Shaun of the Dead, Under the Skin, Life is Beautiful, City of God and Amy.

You will develop a wide range of transferable skills such as creative and critical thinking, research skills, powers of analysis and communication.

You will study three components:

Every nine days, as much moving image is uploaded to YouTube as the BBC has broadcast in its entire history.  Film is one of the most relevant subjects today.  Employment in the screen industries has grown by over 20% since 2009.

The study of film will lead to practical avenues such as:

It can also lead to other more theoretical disciplines such as film criticism, journalism and teaching and education.

Five GCSEs Grade 9-5, including Mathematics and GCSE English at Grade 6 or above. 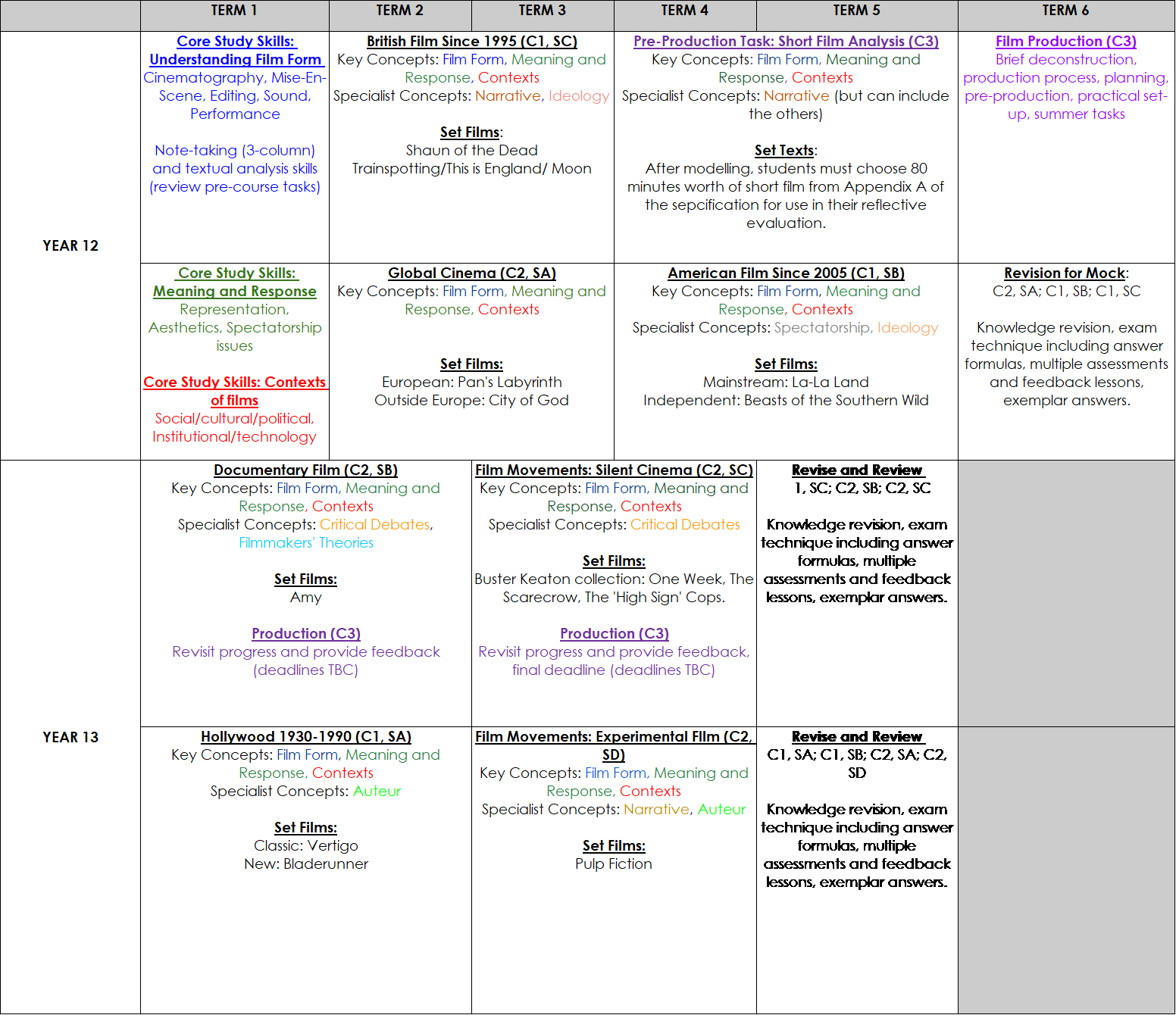