Thirteen students attended the course, which included a presentation on an insight into Mathematics beyond GCSE, and also the benefits of having an A Level qualification in Mathematics.  This very informative and interesting day was divided into three main activities, namely; 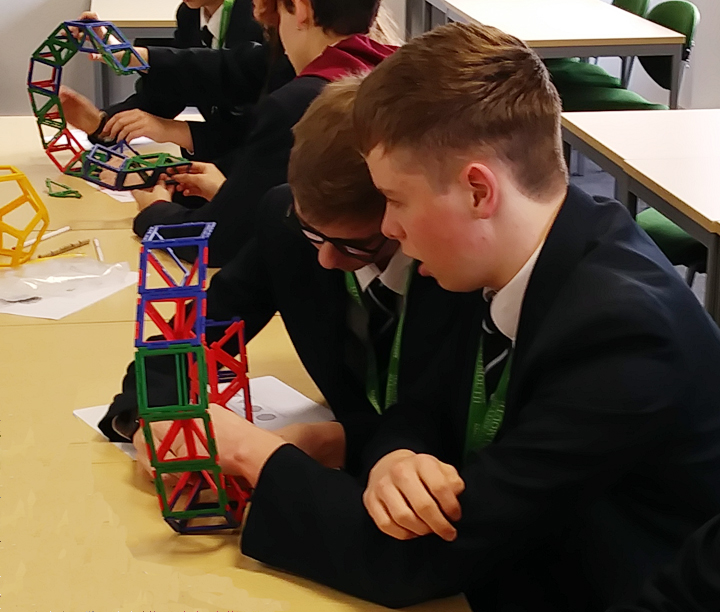 Activity 1 – Distinguishing footballs from doughnuts!   Students investigated the Euler characteristics.   Euler is a tool used by mathematicians which allows them to see when surfaces are different such as a sphere (football) and a torus (doughnut). Students used polygon construction kits to make shapes.  They then worked out the number of vertices, edges and faces to ascertain whether the Euler rule worked in all cases. 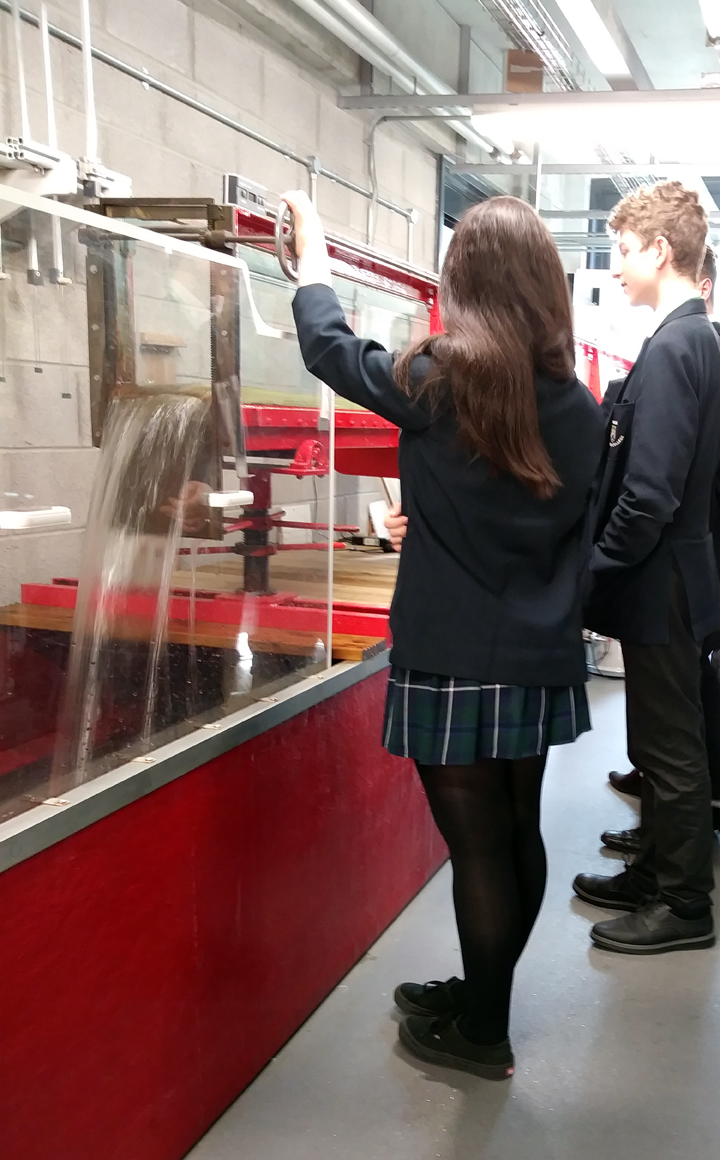 Activity 2 – This was split into two parts.  The students used the University’s wave machines to measure the impact that different waves have on a sea defence and look at the different ways they could reduce the impact.  They also used a machine that allowed them to change the flow of a river in order to reduce erosion.  The students then undertook a surveying task to estimate the height of an object above sea level, using a theodolite and other survey apparatus.

Activity 3 – The students were shown how some simple mathematics enables them to look at real-world problems in a new light.  In particular, they investigated two equivalence classes of mathematical problem which look very similar but had entirely distinct complexities.

The day proved very thought provoking and was enjoyed by all students who attended.