At the end of July, Ivybridge Community College Rugby Academy students had the opportunity to visit two countries with totally different cultural environments, and to experience a blend of rugby against very talented young rugby players.

This enabled our players to learn a great deal in preparation for the forthcoming season, and for those players leaving to join other clubs or universities. 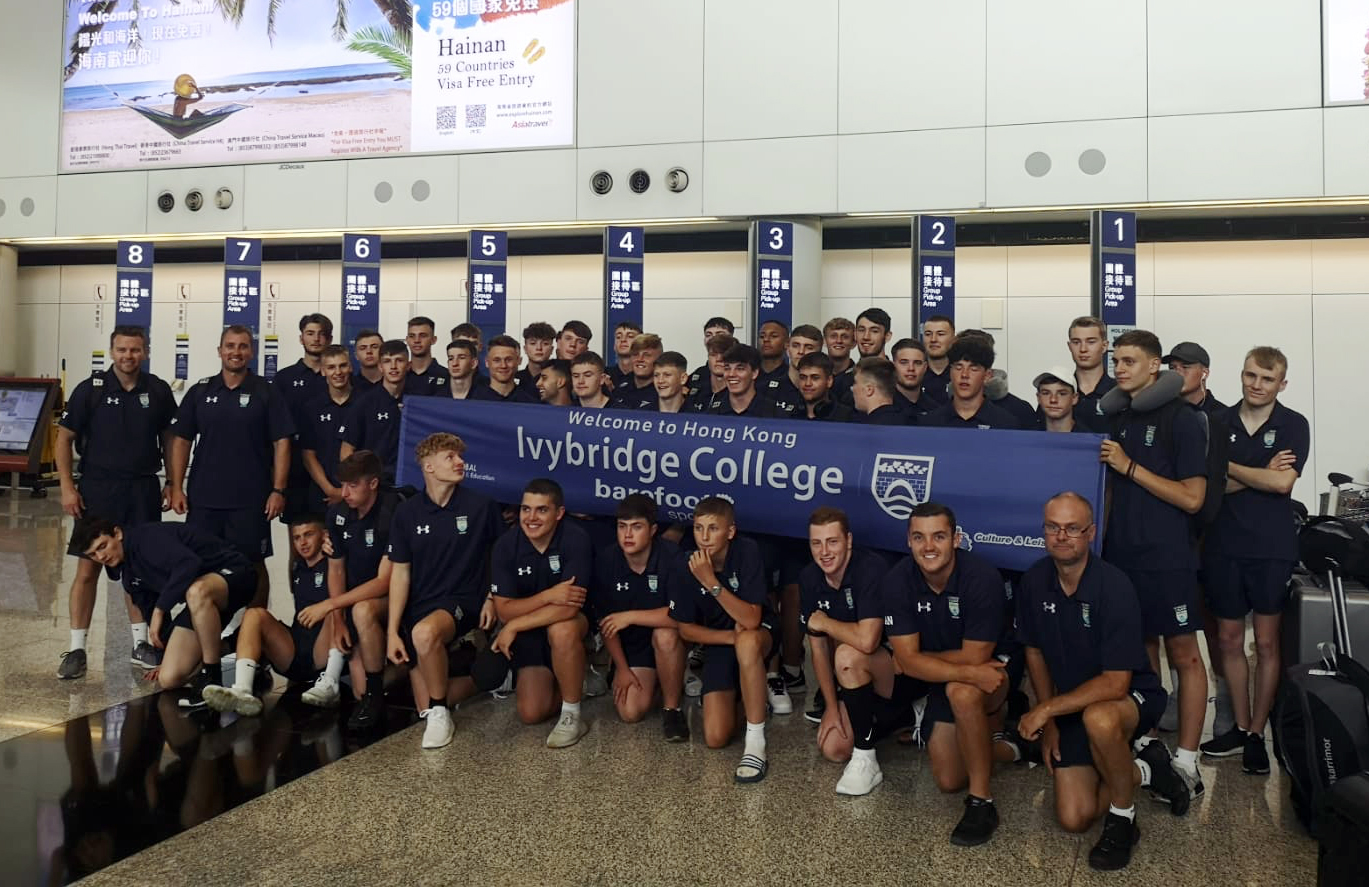 Hong Kong was the first stop for three nights; where the players experienced the first cultural change to that of England, and to also play their first fixtures against U17 and U18 HKFC.

The first part of the tour was all about preparation for their fixtures and adjusting to the extreme difference in climates whilst training.  The training session at Kings Park, Hong Kong, was tough on the players but slowly they adjusted to the hot and humid conditions.  The game day arrived and for both teams it was a great start to the tour, with 2 solid wins against 2 competitive Hong Kong sides. 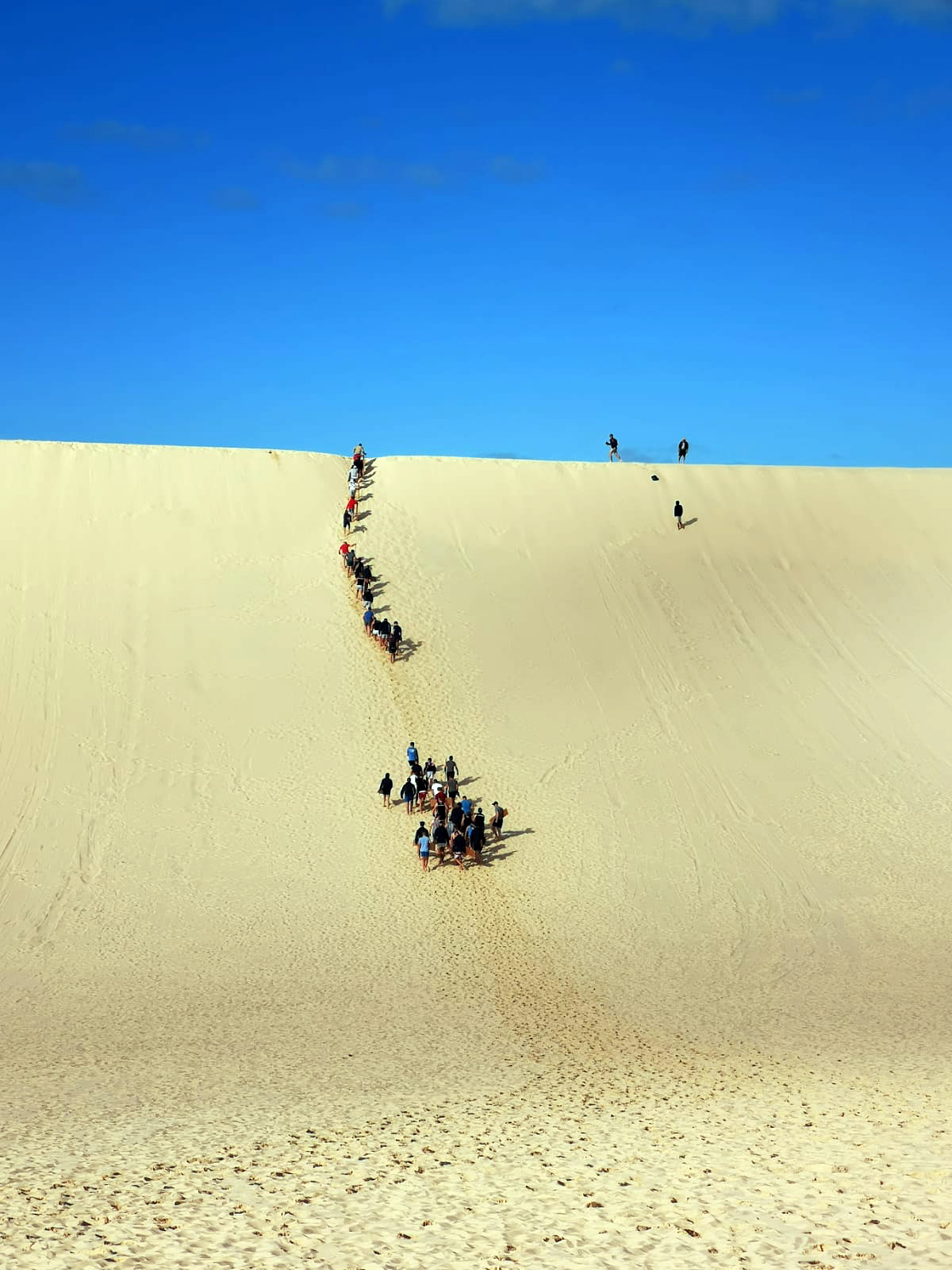 The players then visited a sand island off the coast of Brisbane, called Tangaloom. They experienced a 4WD desert safari tour where they were shown around parts of the island and the rich wildlife that gave the island its exotic and world-renowned name.  Sand tobogganing was our next adventure, with a 150ft sand hill to climb to warm us up and then the descent back down, lying on your stomach, on a toboggan, head first.  You could see by the looks of the some of the player’s faces and body language that this was unsettling.  However, as soon as the first student went down and the others could see what a great activity it was going to be, they were all jumping at the chance to go.  A fitness test in groups was next, with a race up the 150ft sand hill and back down in groups, not an easy task with the sand giving way beneath your feet and your body getting put under pressure with the climate.  The afternoon continued with snorkelling around sunken ships, where the players experienced the wealth of marine life that surrounded the island that they would never have seen in British waters.

On Sunday, 21 July it was time for the players to leave and travel to the Gold Coast, where they would play 2 fixtures against Surfers Paradise.  Again, another tough couple of games, but Ivybridge came out on top again, with some incredible tries by Neo Ruston Ley and Joe Stansfield.

After a tough couple of fixtures that once again showed the power and skill of our players, even 9500 miles on the other side of the world, it was time for the players to gather some more experience and memories of what Australia had to offer.  Everyone on the tour had surfing lessons at the world-renowned Surfer’s Paradise beach.  This was a great way to recover from the rugby games, and to learn a new sport that they may not have experienced before. 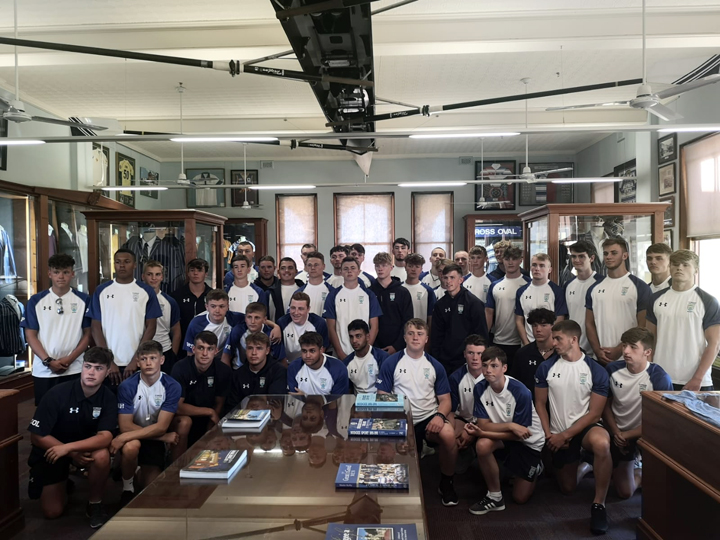 The teams then travelled to the Sunshine Coast, with a fixture en-route against Nudgee College.  A tough and well-established team that we knew would be one of our toughest fixtures.  A school that had produced internationals players to the same level as Ivybridge have produced throughout both our histories.  The Ivybridge U17 team won with a score of 10-7, demonstrating the level of competition we faced.  The 1XV team were convincing winners, with a final score of 27-5, a great effort by our team.

Our players were hosted by the Australian players’ families, and experienced the cultural change of the Australian lifestyle, for example, what they ate for breakfast, i.e. steak.   The following day the players visited Australia Zoo, which is a 1000 acre zoo and home of the late ‘Crocodile Hunter’, Steve Irwin.  This was a truly inspiring zoo like no other, where we experienced crocodiles close up and animals from all continents of the world in more of a safari setting than an actual zoo. 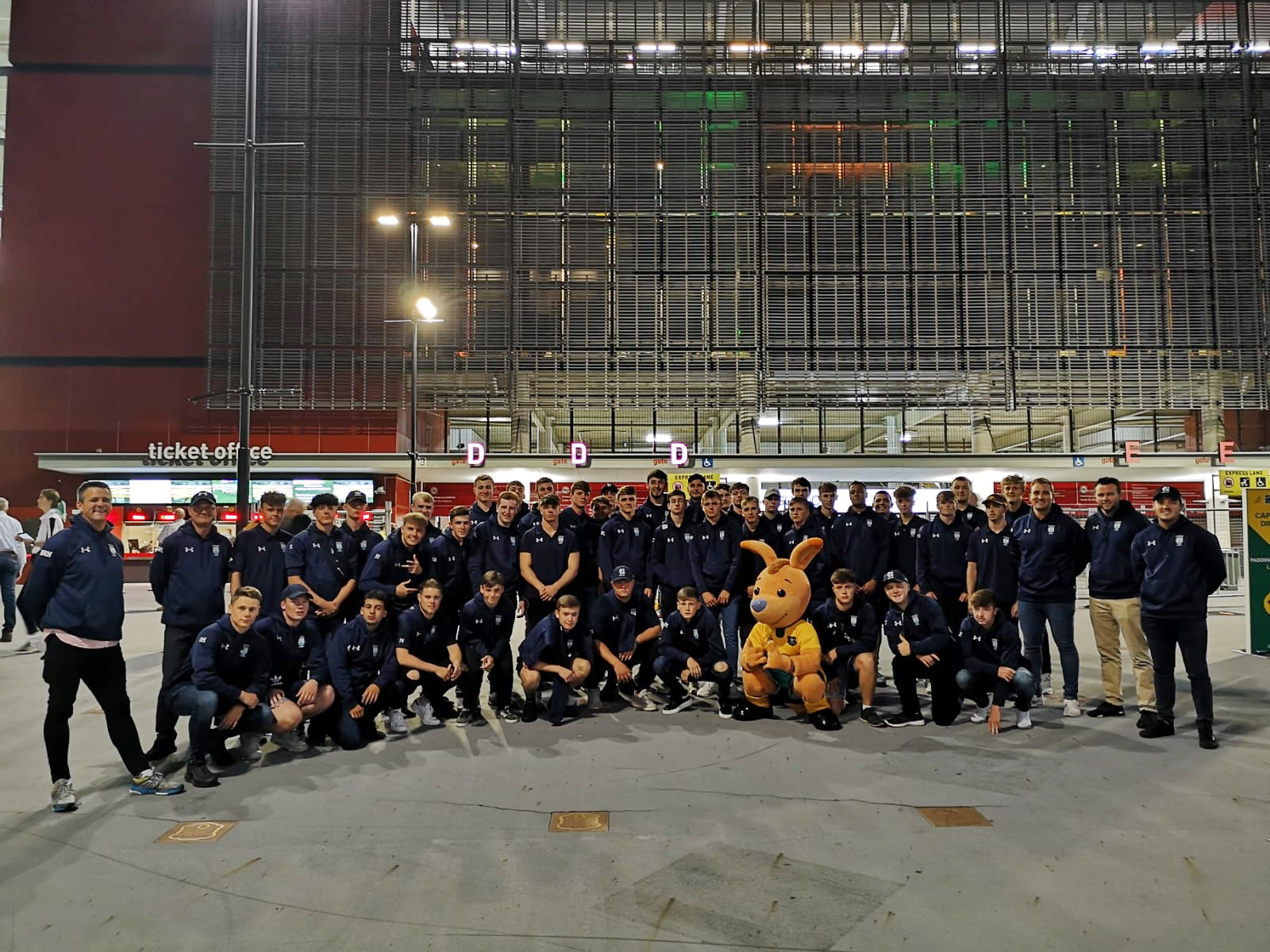 The next day was the one the players had been all waiting for; an international game between the Wallabies and Argentina at Suncorp Stadium.  The game unfortunately did not live up to expectations; with both teams underperforming.  However, this didn’t stop the players from having a great time; from buying merchandise, to joining in with the Mexican wave.   For some players this was their first experience of watching an international game; it was an incredible time for the players.

The following day we travelled to Sydney; our last destination before returning home.  We arrived after a short flight and enjoyed a 2 hour Sydney Harbour boat cruise excursion, allowing the players the opportunity to see the Sydney Harbour Bridge, the famous Opera House and other landmarks.  The players then had the opportunity to climb the Sydney Harbour Bridge; a 3 hour test of mental strength, which saw Mr Clift crumble, not surprising when you saw the height of the bridge.  The climb to the top in groups was difficult, but with the players singing songs on the way up and playing ‘I-spy’ it was not a boring climb.  Reaching the top was an achievement, both for the views and to have a break from climbing.

It was finally time for the last game of the tour, against St Augustins; a fixture that would test our ability as a 1XV.  With injuries, and 4 previous games having already been played, the boys were tired, but also ready to put their bodies on the line one final time.  The game kicked off at 7.30pm and it was definitely our hardest fixture on the tour.  St Augustin’s scored a couple of early tries and this continued throughout the game.  This game was a show of true character among the players of the Ivybridge team - a team of unity, passion, and desire to continue when it became tough and all were true rugby ambassadors to the sport.

On the final night of the tour ‘Player Awards’ were handed out.  The coaches ‘Players of the Tour’ awards went to Alex Doyle and Dan Lilley, the ‘Players Player’ awards went to George Moss and Jack Mills, and finally the ‘Best Tourist’ Award went to Joe Vatcher.  They were all worthy winners, but it must be remembered that all the players on the tour were outstanding and should be congratulated for their conduct and the way they played.

Tuesday, 30  July was the final day, but before the 22 hour plane journey home the players headed to Bondi Beach, to see  why it is such a great place to surf, and also by chance, to bump into Hugh Jackman.

There is no doubt how inspirational this tour was, both for the players and for the coaches.   This was a tour like no other that the College has taken on before, but one that it is hoped to do again in the future.  This tour bonded 44 players together like brothers, and created a life time of memories.   The players were true ambassadors to themselves, to their parents and to the College.