On Friday, 7 June Ivybridge Community College were delighted to welcome the Solomon Theatre Company with their production of 'Gemma's Wardrobe'.

This play, and an interactive workshop, was aimed at supporting Year 9 students as they approach issues of self-esteem, effective communication in different relationships via different social media, and the development of good judgement, together with exploring the implications of the misuse of drugs. 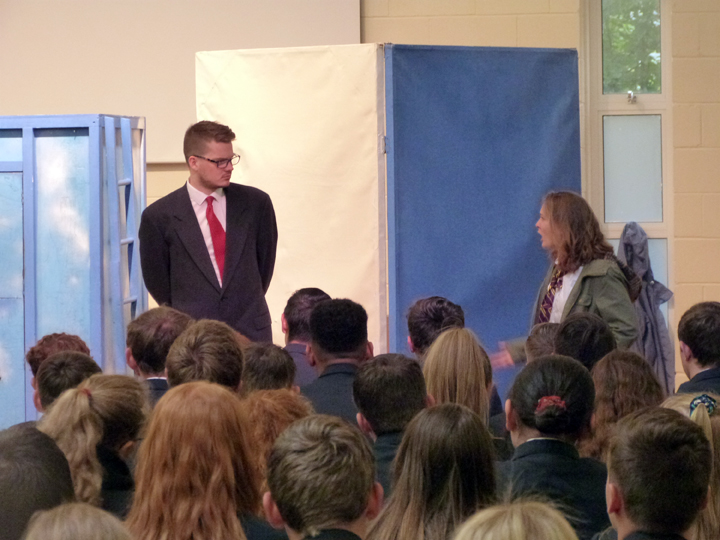 The live performance was  based on the true story of Gemma, who is feeling under pressure and overwhelmed, and starts to slip under the negative influence of her ‘bad boy’ classmate, and via social media all his friends. This leads to experimenting with alcohol and drugs.

The students observed Gemma’s journey, and in doing so learn to discern between supportive and destructive relationships.  During the workshops the students experienced a range of drama-based activities which extended and developed the themes raised in the show, including identifying key factors that impact on their own self-esteem. 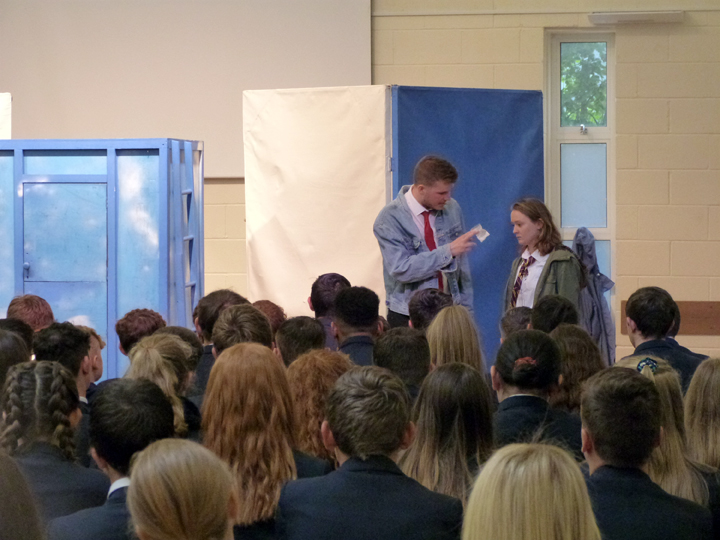 Year 9 student Evie Fairclough, writes, “The performance was really eye opening for me and showed that peer pressure can affect anyone.  Everyone has experienced peer pressure whether it was about something as serious as the workshop talked about or on a smaller level, and everyone knows someone who has been affected by or has been influenced by drugs.  For me, this assembly delved into problems that students try to ignore or don’t know how to deal with and the performance was really a small hand up saying “this is serious, it could happen to you so don’t laugh” and that is what a lot of people need, an outside opinion to dig out that small voice saying “this is wrong” and to start listening to it.  The workshop after the play touched upon status in both life and a College environment, among year groups and friendship groups.  I think the assembly made a lot of people take a second look on themselves and wonder "am I putting peer pressure on someone or caving in to it myself?" And I think it helped people to think about each other that little bit more.”

Katie Pitcher, also in Year 9, said that “The performance about the dangers of drugs and the effects of peer pressure was particularly effective because certain aspects of the show were so relatable.  For example, the theme that runs throughout the play is that of Gemma, the main character, feeling as though she was unable to share what she was going through with anyone, even her own father.  This is something every teenager in the audience could understand.  The interactive element was also very interesting because it made the students question themselves and how they acted; whether or not what they did every day negatively affected others, in such a way that it could tip someone who was already struggling with problems over the edge.”