Ivybridge Community College Year 10 student Felix Wood is riding his bike, along with his father, from Land’s End to John O’ Groats.

His 14 day epic charity fundraising journey , covering almost 1000 miles, is raising money for ‘Pete’s Dragons’ which is an organisation that supports suicide prevention and mental illness.

It has been wonderful following the journey, what an inspiration Felix is. Felix and his dad have  exceeded their  sponsorship target and now raised around £2.5k for Pete's Dragons.

A truly fantastic achievement for an amazing cause. 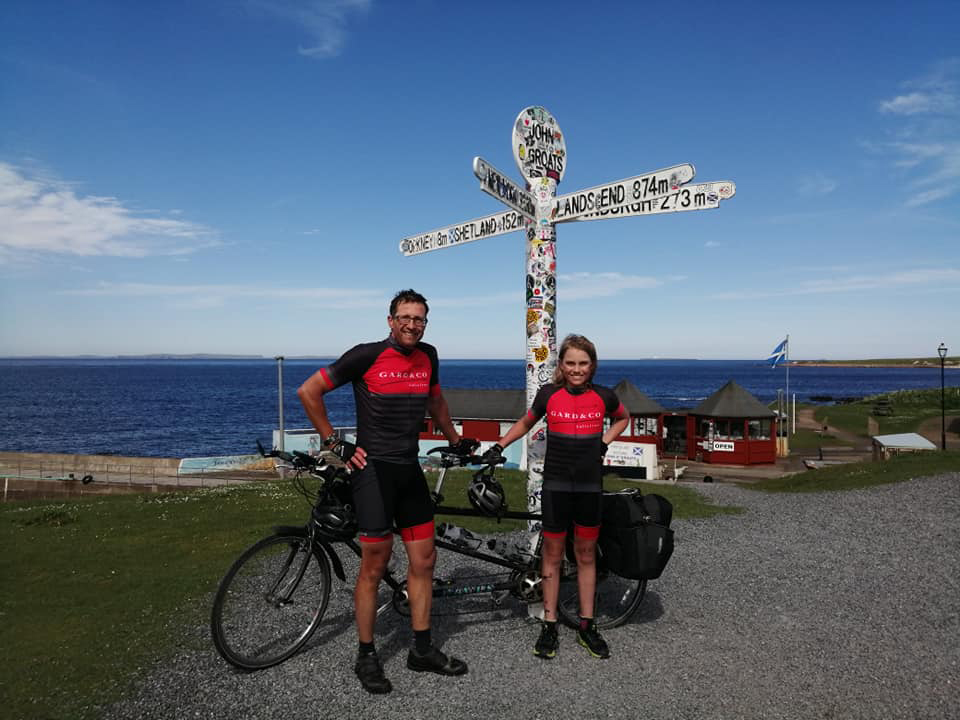 We have made it!  Felix is so happy to have completed the ride. I think at the moment that is mainly relief but it will soon turn into pride and an awesome sense of achievement.

May boil down to how much energy we can muster. Felix is feeling upbeat but exhausted. I don't want his last few miles being an absolute slog.

On the donation front it would be great if we could have a real push to the end and get that total as high as possible. Felix has exceeded my expectations enormously, never complaining and not once asking to stop despite some 2-3 hour nonstop efforts in the pouring rain into a headwind.

Let's help him exceed his expectations on what he can achieve in fund raising, which is his main motivation for the ride. 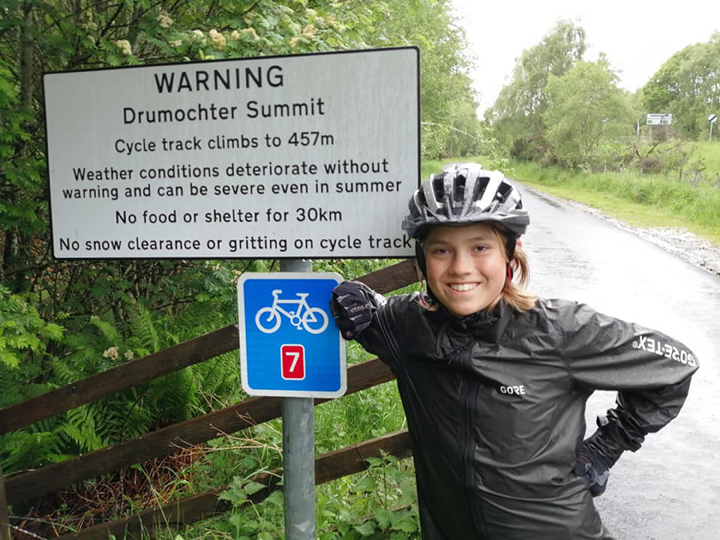 The contrast to yesterday was stark. The long awaited climb up through the Drumochter Pass proved to be a bit of an ordeal. The rain rained and part way up it felt like the rear tyre was a little flat. Not surprising with the journey so we stopped to pump it up in fair spirits. A few minutes later it was feeling spongy again so I decided to change to our last inner tube. This proved to be a real fiddle in the rain and I was worried about catching the tube with the tyre rim and causing a pinch flat. Not good with no more tubes.

Eventually got it safely inflated but was stressed about getting a flat, especially after passing another rider fixing a flat just up the road.

Coming over the summit the headwind was massive and the temperature was 3c. We were hoping to catch up time on the descent but this didn't really happen. The path was rough and the headwind slowed us down.

Luckily we found a bike shop in Newtonmore about 35 miles in and bought a couple of inner tubes which lifted me at least. We could only stop for a brief rest because it was so cold.

We pressed on and eventually stopped again at 60 miles in at a bus shelter. We were very cold by then. Again only a quick stop because our teeth started chattering.

We climbed up Slochd Pass but again the rain was pouring on the descent so it was no pleasure.

We caught up a lot of time and actually finished before 6pm. But the main reason for that was because we didn't really stop for more than a few minutes other than the tyre incidents.

Fast day today, especially the first 27 miles. Then stopped at the Woodside Welcome Cycle Cafe for coffee and flapjack. Mike and Debs were very welcoming and it is well worth a visit. But we spent 40 mins. The roads from Carlisle onwards were swift but a little monotonous. Also not much relief for the legs.

Of course crossing into Scotland was a big moment. Felix has now cycled the length of England! Go Felix!!

Met Thomas Carlyle half way up the Ecclefechan climb (love than place name). I took a photo of the plaque but haven't read it. I'm guessing he brought the concept of the 4 legged chair to Scotland.

McD refreshed Felix with 10 miles to go. Happy to finish quicker than our 10mph including stops average speed. Might have over done the shopping. Lovely B&B and hosts, Ed and Karl a have made us very welcome at Bridge House in Moffat.

Felix said, “I feel very strongly about raising awareness of mental health issues, because people don’t always understand it, and it is very important to get people to talk about it more.”  He added, “ not only is it an epic journey, but the training has been immense too, with both dad and I giving up lots of weekends to be in a condition fit enough to ride.  To date our longest single ride has been 103 miles.  This is more than the longest day on the planned route (86.6 miles) but the real challenge is covering an average distance of about 70 miles every day, for 14 days in a row.  That is a long time in the saddle!”

They have set their target at £1 each per mile that they are due to cycle (hopefully raising £2000). Earlier this month Felix raised over £122 with a cake sale held at the College, so please show as much support as you can by giving to such a valuable cause - https://www.justgiving.com/fundraising/2UP-LEJOG

You can follow their journey through the Land’s End to John O’ Groats Facebook page – www.facebook.com/LEJOGCycleGuide/ where they will be making daily posts.  Every morning Felix’s dad will be tweeting a link to a live tracking feed at https://twitter.com/roystonwood so you can see their progress in real time. 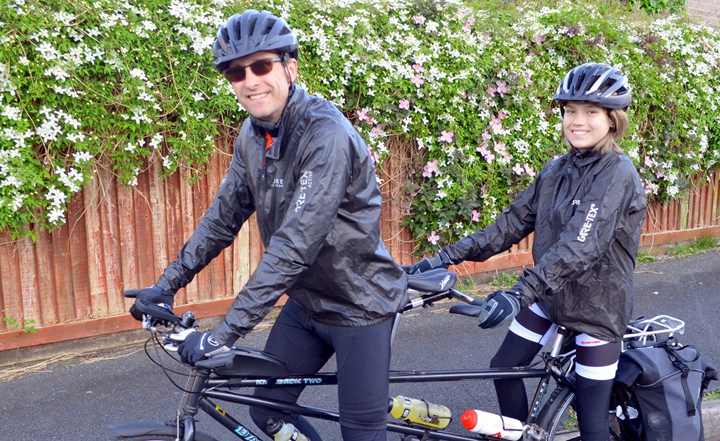