In March, Ivybridge Community College Year 13 Spanish linguists visited the city of Valencia, one of the most culturally relevant capital cities of Spain.

The visit took place during the popular festival of ‘Las Fallas’, where the students had the chance to experience the festive and traditional atmosphere of the city during these special days. 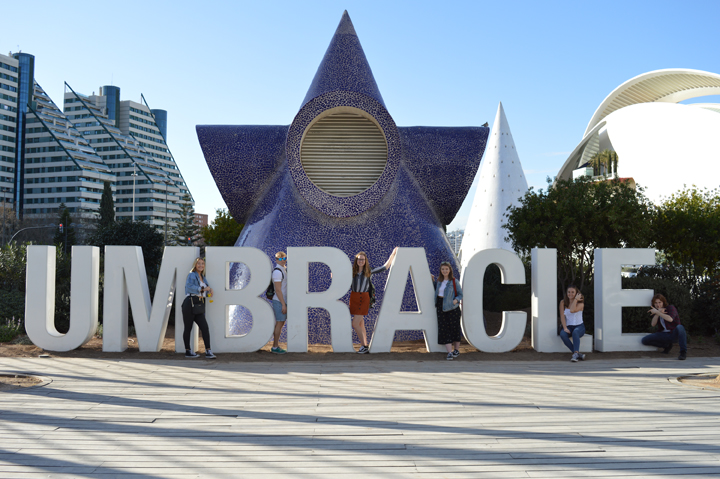 The students had a very busy schedule exploring the city and visiting unusual places of interest; including a Baroque Palace, the museum of Blasco Ibañez who was an important Valencian writer and politician where they learnt about his life and career and La Malvarrosa, which is the main beach of Valencia.  They also visited La Ciudad de las Artes y las Ciencias (a futuristic complex of museums and theatres designed by Santiago Calatrava, a famous Valencian architect) and the Principe Felipe Museum where the students voted for the best ‘ninot de fallas’ (handmade satirical sculptures made during Las Fallas festival).  In the evening, the students went to Ruzafa to see the impressive festive light decorations.

The students visited ‘La Mascleta’, a daytime Valencian tradition that happens during Fallas.  Enjoying displays of colour resemble fireworks, with the objective being to create as much noise as possible.  It was impressive, even the buildings were trembling. The festive atmosphere was everywhere with music in the streets. 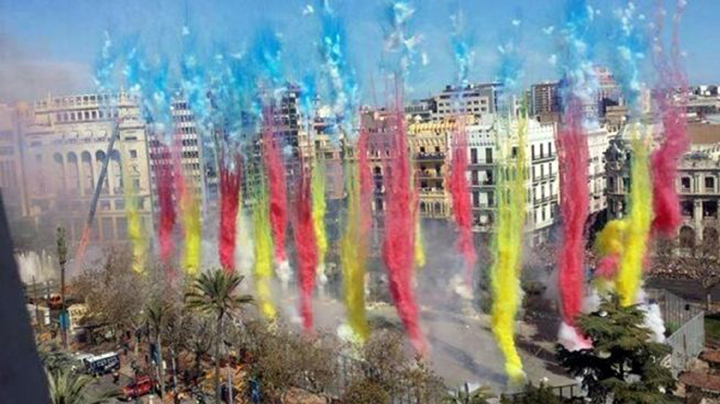 Before leaving Valencia the students visited ‘Mercado Central’ (one of the biggest markets in Europe) and also went underground to visit the Roman ruins of Valencia.

“It was excellent because we had to use our Spanish to order the food and we experienced Spanish culture first hand.” Year 13 student.