Ivybridge Community College’s Sustainability Group have led and supported the implementation of a new recycling and waste system.

From January 2019, students and staff will now have the opportunity to recycle in every classroom and office.  Mark Bullard, WeST Estates Director said, “It is fantastic that we have been able to implement this change here at the College as we are passionate about reducing our impact on the planet.”

Since the BBC’s Blue Planet aired in 2018, there has been a nationwide effort to reduce the amount of single-use plastic being used, disposed of and ending up in the environment.  In addition to the recycling bins, new water fountains have been installed across our College site in the past six months.  As a College we are recommending to all students and staff to bring in their own reusable water bottle, in place of purchasing bottled drinks each day in order to reduce plastic waste. 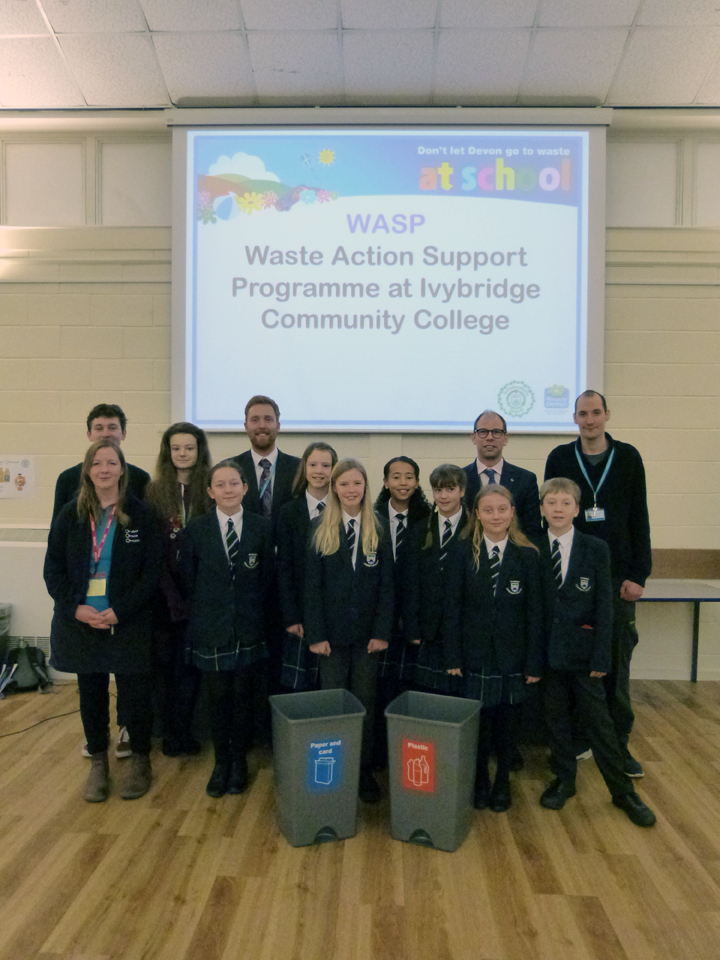 This initiative is headed by Thomas Guy and         Nick Paskin, of the Science Department, as part of a wider aim to encourage the College and its community to be more responsible for the environment.  Mr Guy, who teaches physics said, “Our planet has limited resources and by showing the students the reasons for recycling and how easy it can be, we hope to have a knock-on effect across the wider community.  By acting together, we can make a significant difference.  Thus we aim to double our recycling rate to about 50% by August 2019 and hope to make further improvements next year.  The success of the scheme rests with the students, who have been superb at pushing for the changes and helping to realise them so far.”

Will, a student member of the College’s Sustainability Group added, “Alex Mack from Recycle Devon/Resource Futures (who have supported us throughout this process) has helped us to put together an assembly to tell the students about the work we have been doing.  It was quite nerve racking speaking in front of so many people but it’s such an important topic.”

Eventually, it is planned to implement the recycling system across all the schools in the WeST Trust. 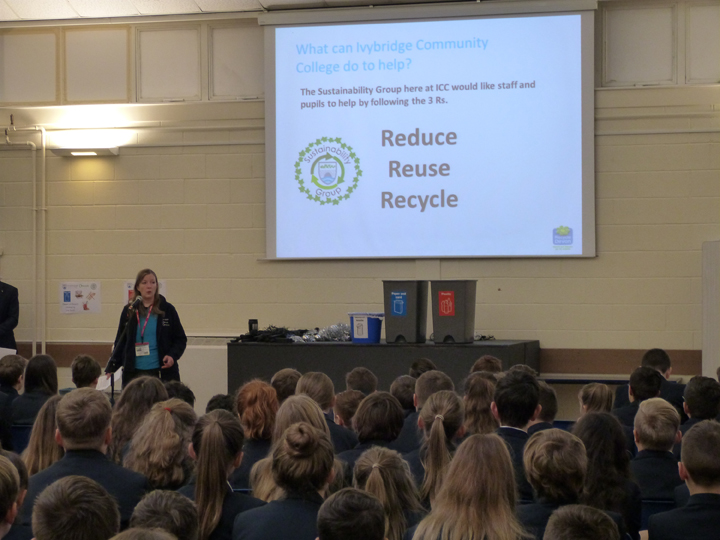