Redesign of Harry's Patch to commemorate the centenary of the end of the First World War by students from Ivybridge Community College.

This year sees the centenary of the end of the First World War (2014 to 2018). The Ivybridge branch of the Royal British Legion wanted to commemorate this by producing a memorial for an area known as Harry's Patch that would recognise the sacrifice for those who have fought in the battles past.

Dermot Roberts, Chairman the Royal British Legion in Ivybridge, contacted Ivybridge Community College to see how the students might be able to help in the redesign of the Memorial Garden.  This was set as a design challenge within the Design and Technology Department.  The students came up with a range of designs which were submitted to the Royal British Legion Trustees in Ivybridge.

The initial idea was to have one overall winner; however the quality of the designs was so good that it was decided to utilise different design concepts from five different students.  Each student's idea contributed to a different aspect of the Memorial Garden that you see there now.  The Memorial Garden was then created following these designs by members of the Royal British Legion and volunteers.

In the garden, prominently displayed, are the opening lines from the first verse of the famous poem by John McCrae - 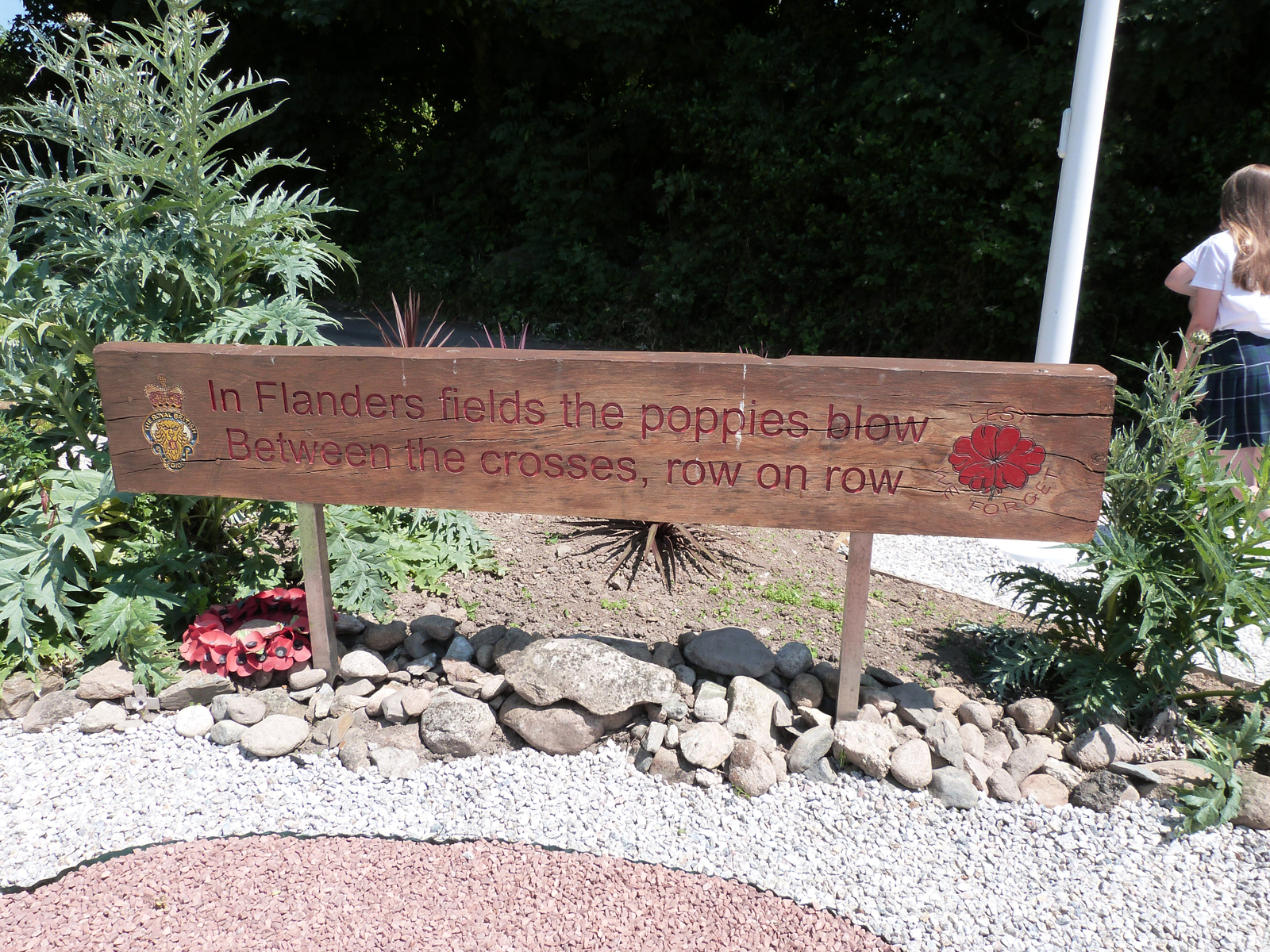 ‘In Flanders fields the poppies blow

Between the crosses, row on row,

That mark our place; and in the sky

Scarce heard amid the guns below.’