As a warm up for the Easter Grade Three Tennis Tournaments, Ivybridge Community College students and Ivybridge Academy Tennis  players, Leighton Starkie in Year 8 and Joe Kellett in Year 11, entered an Under 16 Grade Four event in Somerset, resulting in the pair winning the Under16  Boys Doubles, and Joe winning the Under 16 Boys' Singles. 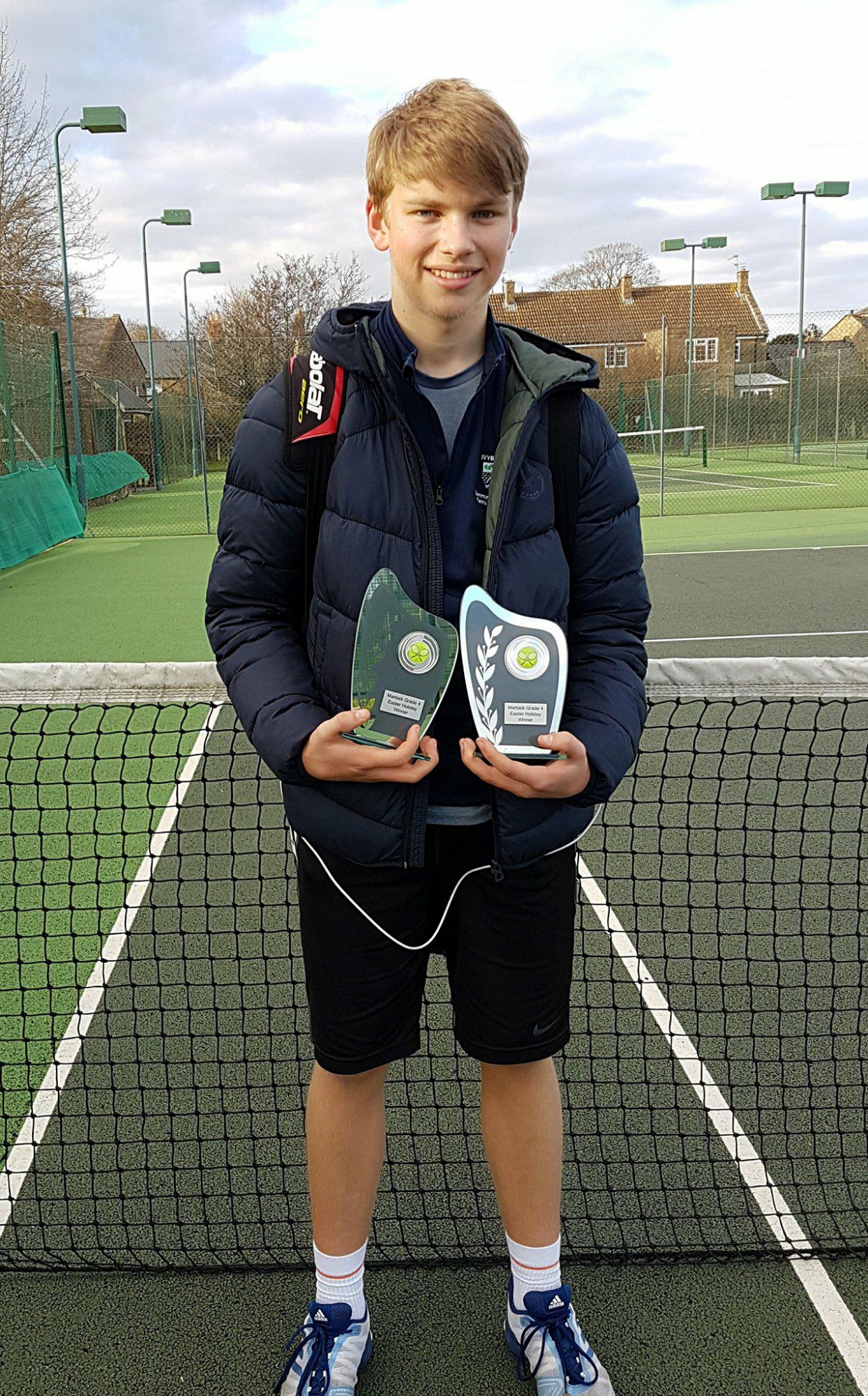 Following on from that success the boys then played in Grade Three Tournaments, with Joe playing at the Bath and Bristol Spring Tournament.  He won through the draw of fourteen players, to reach the final to win in two sets (6-1, 7-5) in the Under 16 Boys' Event.  Joe then played in the Under 18’s, in a draw of eighteen players and seeded eighth, he made it through to the final to take the Runner-Up Trophy.  Joe also competed in the Under 18 Boys' Doubles event, with partner Ben Johnson, making it to the semi-final, meeting the number one seeds.  They put up a good fight but lost out to the eventual winning pair in this event.

Leighton played in the Under 14’s at the event in Bath and achieved a great win against a higher rated player, only to then face a tough match against the number two seed.  Leighton then went on to play in the Under 14 Boys' Doubles in Bournemouth, with partner Lucas, where the faced tough competition to get to the semi-final and to go on to a play-off to finish third in this event.