Simon Chapman, a Royal Marine working in the Naval Base at Devonport, set out on his great venture on Friday, 13 April, arriving at HMS President in the centre of London, 9 days later.  On day10 he completed the London Marathon alongside 41,000 other runners and finished in a time of 3 hours and 16 minutes.  Over the 10 days, he ran a total of 268 miles in 35 hours and 18 minutes.

Simon was raising money for The Brain Tumour Charity and the Royal Navy Royal Marines Charity.  Simon said, “I have a strong personal motive, my sister-in-law died from a brain tumour aged 33 and I thought raising some funds for brain tumour research would be a fitting tribute.” 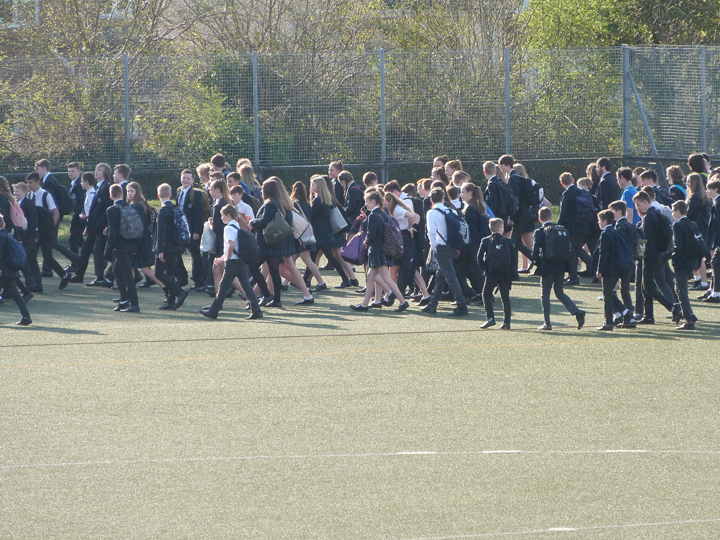 Inspired by his achievements and as part of his fundraising effort, students from Year 9 participated during their Tutor time by running or walking 1 mile each around the College astro-turf pitch to cover a combined total of at least 400 miles and raising £55.12.