Poetry as Art: An insight into the effects of conflict.  On Wednesday, 25 April Richard Rochester, a local artist and the ‘Artist in Residence’ with Devon Wildlife Trust, visited Ivybridge Community College to spend the afternoon with Miss Fawbert Mills’ Year 11 class (11v1).

He was invited in to support the students who are currently preparing for their end of year GCSE examinations, one of which, English Literature Paper 2, is on a theme of Conflict Poetry. 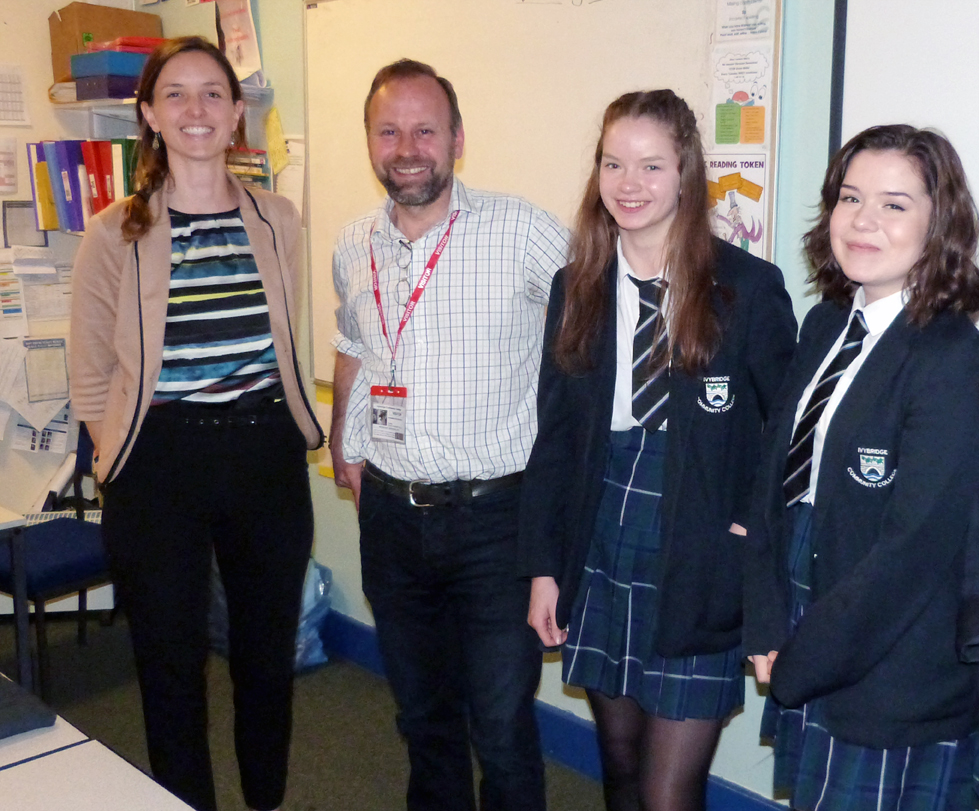 Richard, who is employed by a Local Education Centre which supports young people, aged 7-18, who have been excluded from schools, had previously served as a member of the Armed Forces and had travelled across the globe in an effort to ease tensions and, in doing so, faced different kinds of conflict.  He was able to provide students with additional insight into the real life challenges, traumas and after-effects that war can have.  He engaged them with a brief insight into his life and experiences, in Bosnia, Northern Africa and Afghanistan, to name a few.  He also talked about his losses; his best friend and fellow Training Officer was killed in combat, he lost men in battles and nearly lost his own life when they came under attack in an armoured vehicle, being only slightly missed by a missile.  Equally significantly, Richard talked about his experience of dealing with the stress, anxiety and trauma of war; the post-war effects that the soldiers bring home with them.  This is a common theme throughout many of the poems and areas the students had questions on: PTSD, trauma, grief and depression.

Poetry is a form of Art, it enables the creator to explore and examine their own ideas, feelings and experiences in an expressive form.  Part of the challenge for Year 11 is to be able to critically explore what these different ideas and feelings might

be through their interpretation of the poet’s use of language and structure.  One of Richard’s pieces, "Primus inter Pares" (First amongst Equals), tells the story of Rupert Thorneloe, Commanding Officer of the 1st Battalion Welsh Guards, who was killed by a roadside bomb in Afghanistan in 2009.  In Richard’s art piece he is depicted as a fallen golden moth, lying beneath a platoon.  He invited students to explore the intent of the artist and the purpose of ‘reading into’ and exploring art (be it sculpture, charcoal or poetry).  He helped them consider the often difficult feelings an artist or poet goes through to create a piece on conflict, reading them a poem from his friend’s funeral, a personal and moving piece.

He also read to them an extract from ‘Parenthesis’ by David Jones, a soldier from the First World War, an inspiration for a 10ft piece he created.

He shared with the students photographs and made pertinent and relevant links to the poems they are studying.

At the end of the session  students stayed behind to ask Richard more about his experiences and the after-effects of war; some students, who have family in the Armed Forces, were particularly moved by his visit.  After the session, students told me how they had gone home and made notes on the poems, claiming they had a better, clearer and deeper appreciation of the poems now.

For further information about Richard and his on-going work, please visit: https://www.richardrochester.co.uk/

BBC news story of ‘Making Art from the Trauma of War’: https://www.bbc.co.uk/news/av/uk-england-devon-43174738/making-art-from-the-trauma-of-war