The students travelled to London on the Friday evening and stayed overnight in Ilford.  They spent the next morning practising on the stadium’s training ground with the other dancers and then performed before the match in front of the crowd.  The Harlequins vs Saracens match was televised live on Channel 5.  The talented dancers, including gymnasts and GCSE, A Level and Dance Academy students, presented a stunning ten minute performance, including three interlinked pieces. 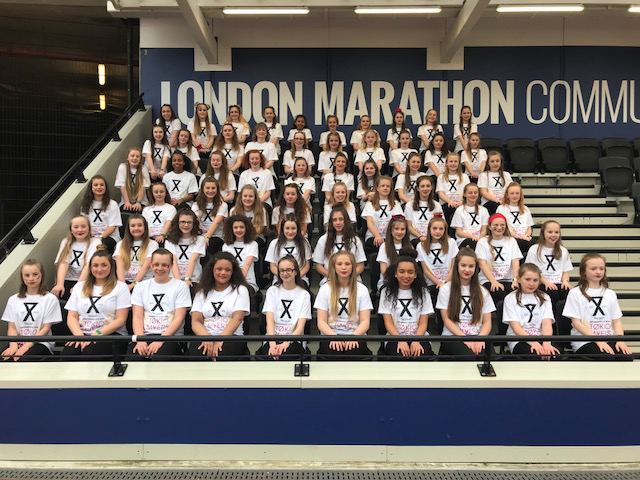 The huge opportunity was organised by the Pro Excel Dance Mass Movement Company and was the pre-show entertainment at the Saracens vs Harlequins Rugby Union Derby.  The event gave the College students the chance to work with 2000 students from thirty-four schools across the country in the UK's biggest Mass Movement Dance production of the year.

As part of their preparation for the event, the students had to participate in a rigorous rehearsal schedule in the weeks leading up to their performance, including Dance Workshops that were led by professionals from the Pro Excel movement.

“It was an amazing opportunity for all those students involved, and I’m immensely proud of how each and every one of them applied themselves to the rehearsals and performance,” said Helen Reddy, Head of Performing Arts.  “To perform on such a huge stage is a nerve-wracking experience, but it is also extremely exhilarating and satisfying.  The performances were set to three diverse pieces of music - a dramatic piece of epic music, a contemporary electronic dance composition, and one of Tokio Myers’ own classical piano fusion pieces.

“Many of our students hadn’t even been to the Olympic Stadium before, so to get the opportunity to go out onto the pitch and perform was too good a chance to pass up.  Mass Movement Dance is amazing to watch: to see two thousand students performing the same well-practiced moves is quite a sight and it is something they will never forget.”