Chaired by Miss Fawbert Mills, the panel was composed of: Chris Barry, a retired GP, GP Trainer and philanthropist.  He worked as Chair of a Primary Care Group which has given him a wealth of experiences.  During his career he had the opportunities to meet people such as Dame Cicely Saunders and Sir Ludwig Guttman, who founded the Disabled Olympics; Chris Brown, Ivybridge Community College’s own inspirational Sport Academy Director, Teacher and Professional Rugby Coach; Chris Martin who is a Prison Governor and former Royal Navy Officer; Sarah Allen who is the National Education Union Regional Representative and Gary Streeter, who is the Member of Parliament for the South West Devon constituency.Together, these panellists covered a broad range of opinions and expertise from all across society. 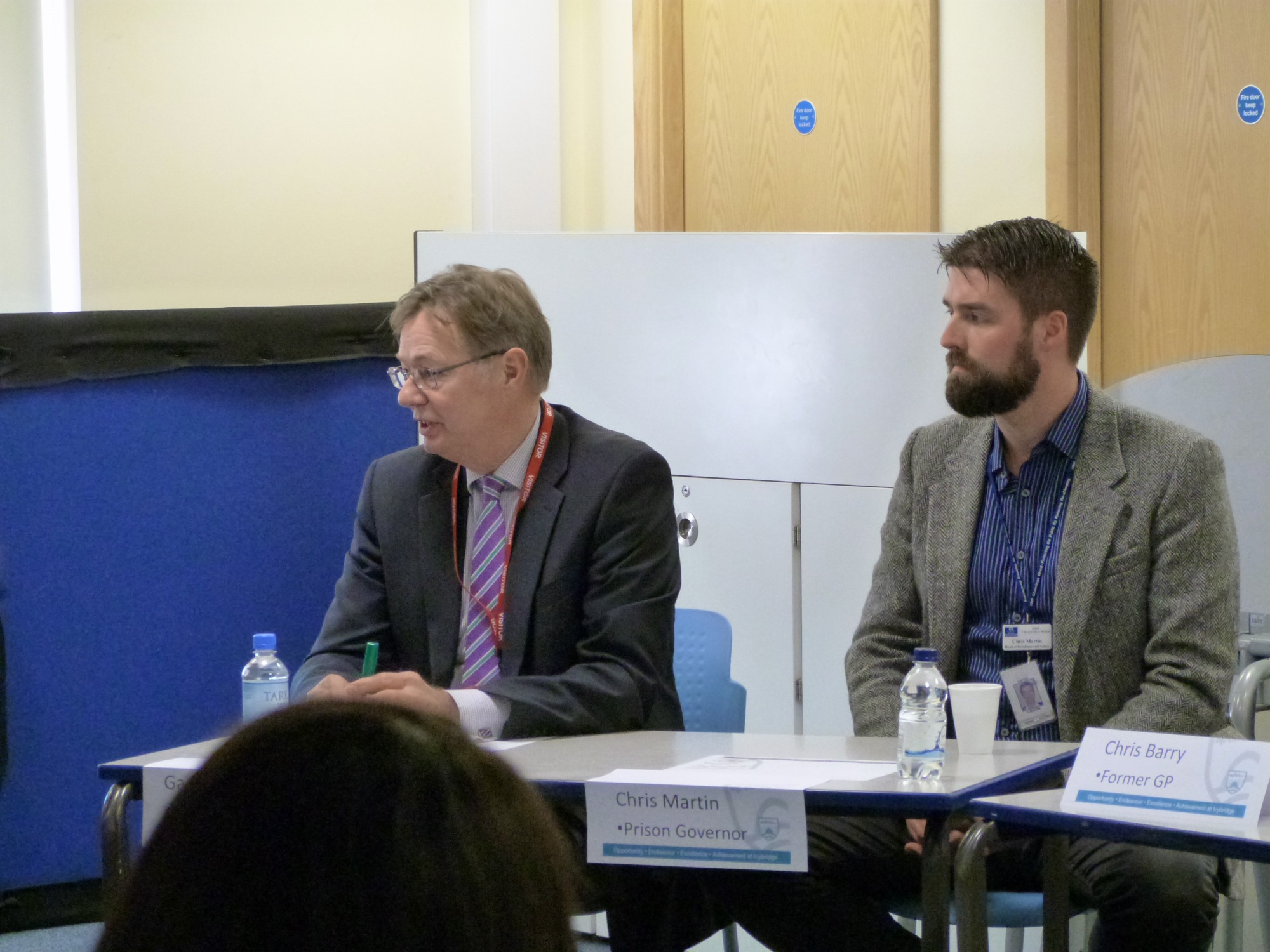 The three-hour debate wasn’t focused on a single theme but rather included a selection of pre-submitted questions, by students, on a variety of topics.  All of them were extremely engaging and involved controversial subjects such as euthanasia, where Chris Barry’s personal anecdotes really touched the audience’s hearts, and other difficult topics including: suicide, religion and the influence the media has and its role in society, the state of our prison system.  The reform versus capital punishment question stirred up some really interesting reactions.  Inevitably, with our Conservative representative Gary Streeter present, BREXIT was a hot topic for debate, as was the current state of unemployment, worker’s rights and immigration  and, of course, Trump’s tweets.

“It was intriguing to hear the panellists’ opinions on these topics, shaped by their relevant backgrounds and careers,” stated a student from Ivybridge.   In the break, students were visibly buzzing as they bounced ideas and spoke with excitement about the second round of debate questions.  The energy in the room was fantastic and was sustained well into part two, with the growing confidence in audience participation we could have debated well into the afternoon. 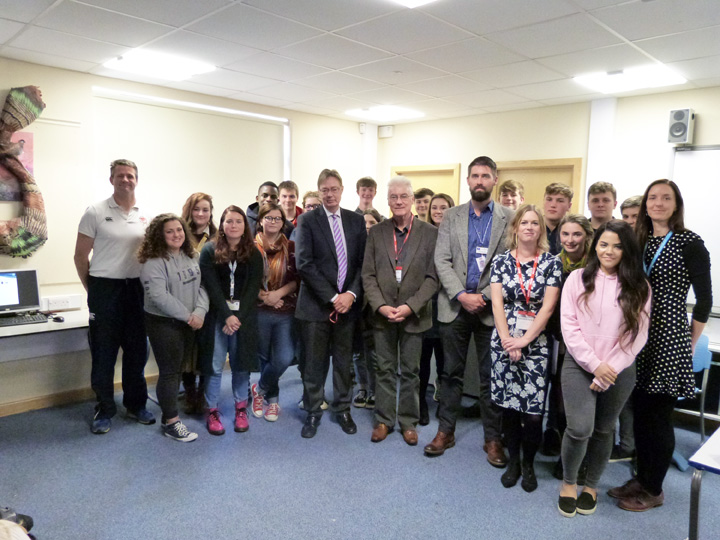 During the debate, the Sixth Form members of the audience were invited to share their views in response to the panellists as well as ask more questions, this made for an even livelier and more interesting debate as it allowed a wider variety of opinions to be presented and panellists to be challenged.  Things got a little heated when Chris Brown, Sarah Allen and Gary Streeter clashed over the ‘remain’ and ‘leave’ campaigns, but everyone was in agreement that the best outcome was a good deal for Britain, although no one was sure what that meant.

Wil Sprenkel, Senior Assistant Head teacher and Director of Post 16 Education from Plymstock School couldn’t have been more complimentary, “What a great event.  This has been a wonderful opportunity for our students and we’re very grateful to Miss Fawbert-Mills for organising this.”

Overall, it was an extremely informative and thought-provoking day which everyone thoroughly enjoyed!  Inspired by this, we are hoping that one of our visiting schools will hold their own debate for Sixth Formers, which should prove to be just as exciting!