Year 8 History students were delighted to be invited to take part in a joint project with Ivybridge Town Council, which hosted a visit by friends and relatives of the ‘Bedford Boys.’

These were young men from Bedford, Virginia, in the USA who were stationed in Ivybridge during the Second World War. 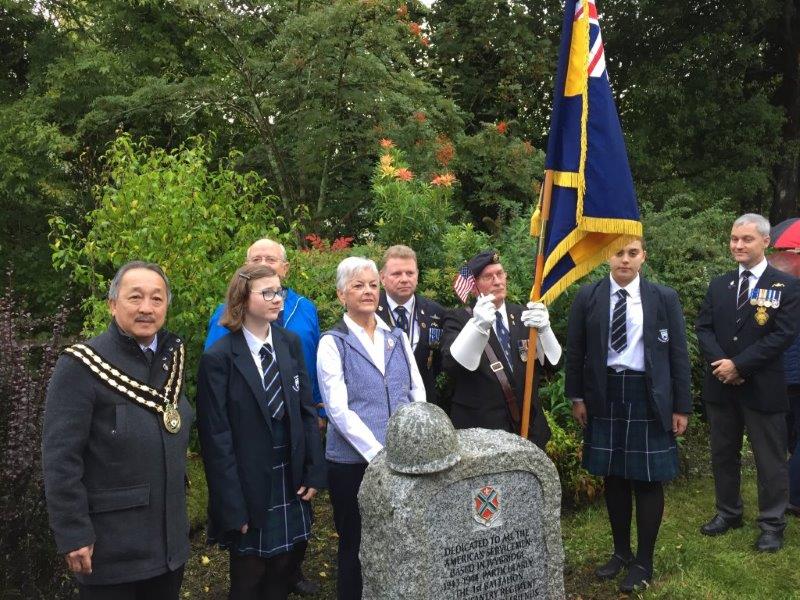 Consequently, on Wednesday, 20 September
Miss Dyer and Mr Meikle from the History Department, took Year 8 students to the Watermark for the ‘Bedford Boys Initiative’.  These students were selected from a group of students who had done superb research and created wonderful displays on the Bedford Boys.  The evening involved the students showcasing their work and explaining to relatives of the Bedford Boys what they had learnt about the Americans and their experience whilst stationed in Ivybridge in the Second World War.

In addition, they had the wonderful opportunity to speak to Noel Blackler, who was just nine at the time and was the paperboy for the camp, whilst the American Troops were stationed in Ivybridge.  Noel Blackler was able to give them a first-hand account of his experience of the Bedford Boys and was also able to give some personal stories about the people the students had researched.  Also, students were able to sit down with Noel Blackler and ask questions about his experiences as a young boy during the Second World War.  The students’ work, which they presented, was phenomenal and this was commented upon by the relatives of the Bedford Boys who were amazed with the quality of their display.

Overall, the students gained a great deal from this unique experience, they were able to feel more connected to History through talking with Noel Blackler and also develop their presentation skills through discussing and explaining their work to a large audience.

During the evening there was also a delegation from France and again the students were able to chat to them about their work and converse in French. 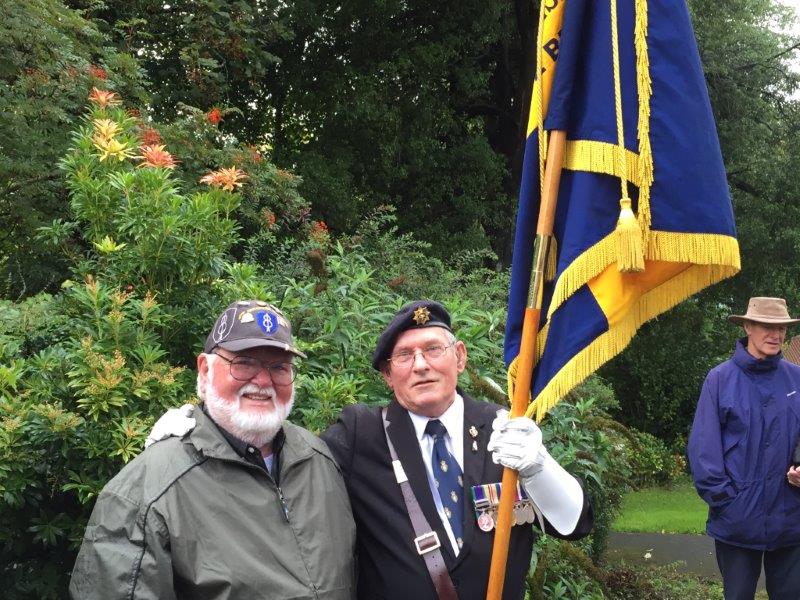 While the assembled gathering were eating together, there were a number of musical performances from the College’s Big Band, who played a selection of contemporary, as well as Glen Miller music.

On the following day, the Year 8 students, along with the American and French visitors, attended a memorial service at the American War Memorial in Ivybridge.  Here two students laid an evergreen wreath in remembrance and honour to those who died and did not return to their loved ones.

“Students felt honoured to have been part of such a special occasion and truly brought History alive to them” said Mrs Taylor, Deputy Principal.