Ivybridge Community College students Zac, in Year 7, and Edie, in Year 10, took part in the Torbay Speech and Drama Festival on Monday 16 and Tuesday 17 May.

Zak won the Solo Acting Class with 87 marks, and came second in the Verse Speaking Class for his age.  He was also awarded 89 marks, and the trophy, for his prose speaking of ‘The Fantastic Mr Fox’. 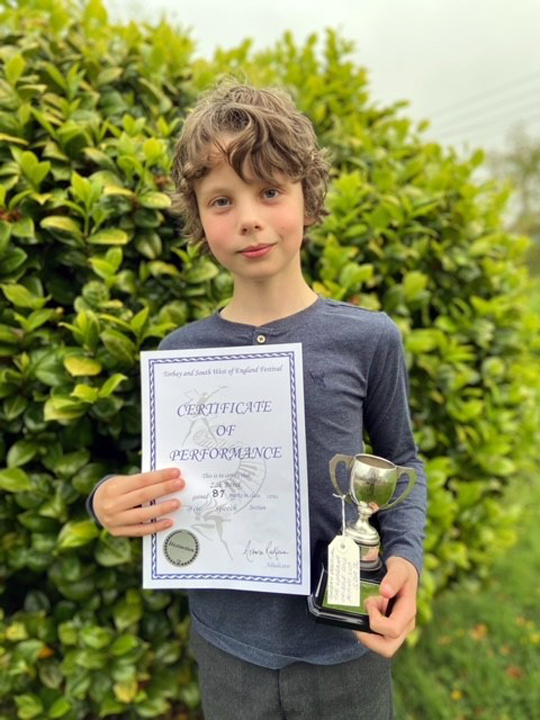 Congratulations to both students on their wonderful achievements.