Staff and Governors ‘Dig In’ with Tree Planting Initiative 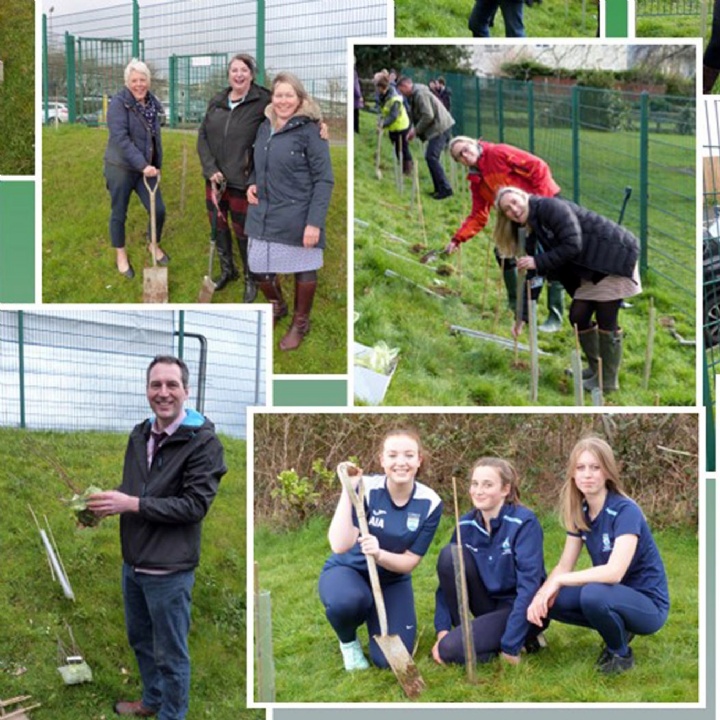 What better way to celebrate the week’s theme of GROWTH than by planting 400 trees on the College grounds.  There was a fantastic turnout, with students joining over thirty staff and governors, with members of the Senior Leadership Team also rolling up their sleeves to help out.  Mrs De Freitas even came in on her day off!   John Shellard, Head of Applied Sciences, who led on this event, said, “It was gone 5.00pm by the end of the planting session, so on behalf of the Sustainability Group we would like to say a big ‘thank you’ to everyone who gave up their time.”

The trees were offered by the Woodland Trust as part of their ‘Tree’s for Schools and Communities’ initiative that hopes to plant 50 million trees across the UK.  The aim is to promote the long term benefits that afforestation offers.  On a global scale it can help with reducing the extremes of climate change, on a national level it can increase biodiversity, and at a local level we hope to improve the aesthetics of the site and give wildlife food and a habitat in which to live.

Most of the planting has taken place around the College entrance, but there have also been some trees planted by the Design and Technology Department close to their workshops, with further planting on the bank by the rugby pitch at the Marshall’s Field entrance. 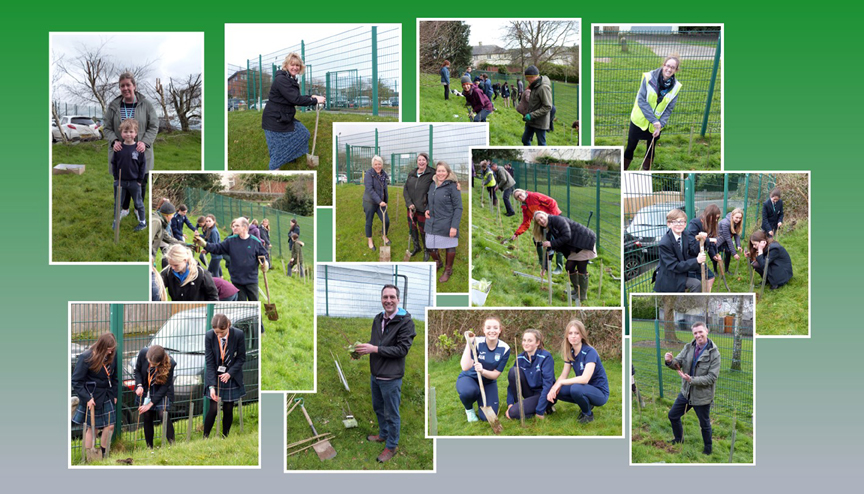