The festival objective was to inspire and enthral, showing young people the joy of Physics and highlighting the fascinating career opportunities that may be available if they choose to study Physics at school and university.

On Saturday, 6 November, Ivybridge Community College Year 12 student Physicists, and Year 10 students from the College’s Girls into STEM Group, had the opportunity to visit Exeter University and attend the Institute Of Physics’ Festival of Physics.  There were many lectures, demonstrations and workshops running, including optics and lasers, an opportunity to hold a meteorite and galaxy photography, all showing how Physics is part of our everyday lives. 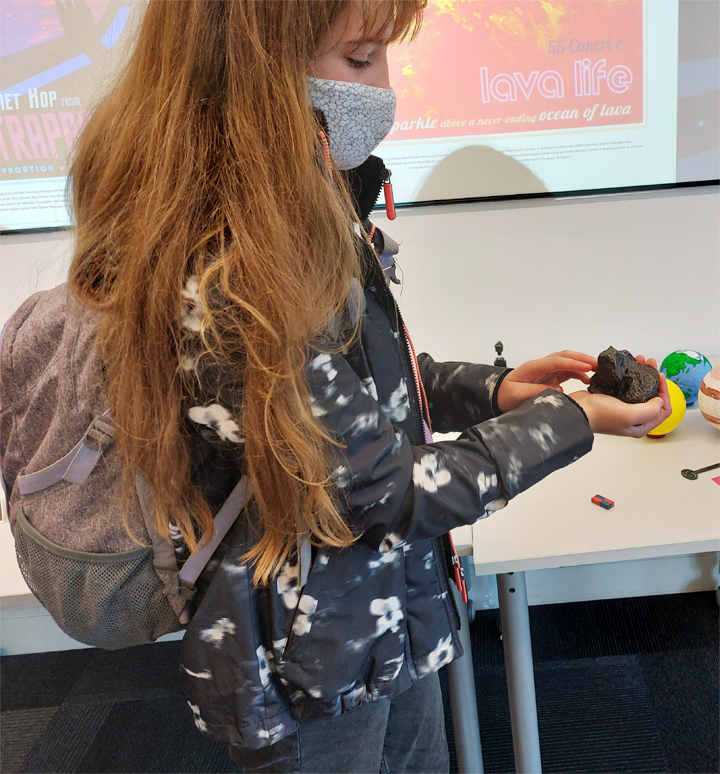 The students, accompanied by Craig Jewel, teacher of Physics, attended three key motivational talks: Professor Sir Roy Sambles FRS HFInstP, who spoke about The Wonder of Light, which was a talk on the wave particle duality of light and the implications for our universe.  The second talk was from Dr Natasha Stephen, who was a member of the team that discovered the first meteorite in the UK in 30 years, she explained what studies they are conducting right now and what has been found out so far.  Finally, Dr Heidi Thiemann, who is a lead manager behind the Spaceport Cornwall project, spoke about internships, the planned launches and how we can get involved in Cornwall becoming the UK’s first major spaceport. 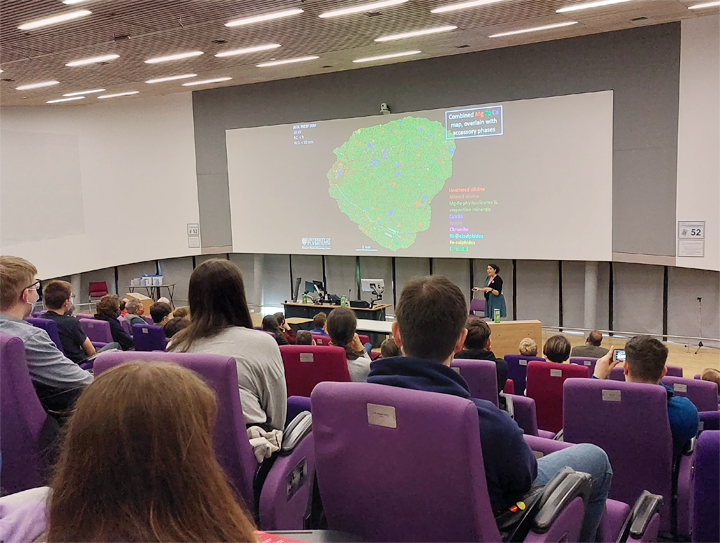 Year 12 student, Toby, who attended the event said, “The Festival of Physics at the University of Exeter was one of the best and most informative College visits I have been on.  There were three lectures that took place over the course of the day covering topics from the nature of light and all its obscurities to the first UK meteorite in 30 years.  Alongside these informative lectures was an opportunity to gain an insight into some of the fascinating, cutting-edge research being done at Exeter University within their Physics Department, and a chance to speak to some of the students about what they do over the course of their degree.

For me, there were two main highlights of the day, including Professor Samble’s lecture, The Wonder of Light, which included some breath-taking and remarkably colourful demonstrations on the weird ways light behaves as it passes through polarizing filters, and an interesting demonstration on the total internal reflection that allows our fibre broadband to work.  Along with all of this, he also discussed the dual nature of particles in the universe and the mind-bending quantum nature of light.

I also really enjoyed the explanation of the uses in gold nanoparticles and near infrared light in a non-invasive cancer therapy, that could potentially be used to both locate and analyse tumours and destroy them using a carefully controlled release of thermal energy caused by exciting the nanoparticles.  This research is being conducted by, among others, Dr Charlie Jeynes.

Overall, I thoroughly enjoyed the day at the University of Exeter, and learnt many incredible things; I would definitely recommend the visit to anyone considering going in future years.” 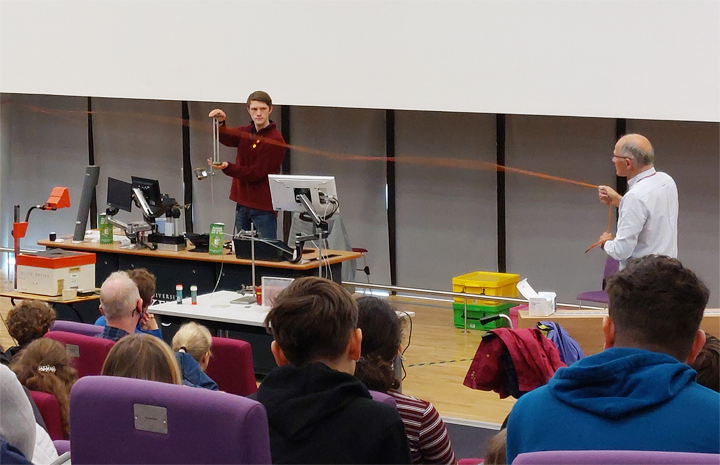