Together with Year 11 students, who are interested in a career in the services, they competed against 12 other teams from schools across Devon and Cornwall on the Army’s Challenge Day, which aims to develop teamwork and leadership skills.

The 6 challenges showcased the different type of regiments within the British Army, and were run by members of the Army who had served in those specific regiments.  This gave the students the opportunity to ask more relevant questions, but more importantly see exactly what each regiment does.

The first challenge was an observation one, run by members of the Royal Artillery, who use their high tech equipment to locate certain areas which in a mission could be enemies or a strong hold.  The Royal Artillery collect the detail of the area including distance and direction of the targets.  The students all got involved in the challenge and worked effectively as a group, with each person having their individual role.

Challenge two was a team building obstacle race.  Due to having a smaller group, and having a good understanding of the task ahead, the College team quickly took the lead, and completed the exciting course, which included the use of  wooden planks, tyres, pipes and golf balls, before finally climbing through holes in the ‘spider web’ webbing at the end. 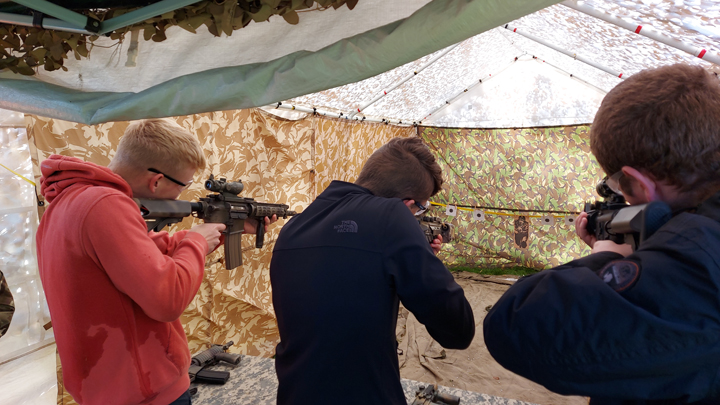 The third challenge of the day was the Gun Range, where students used Airsoft guns to shoot at targets.  They also had the opportunity to talk with past and present serving members of the Royal Engineers and Infantry Soldiers.

Challenge four was a problem-solving team work based challenge.  The students all had a good understanding of what had to be done and they achieved a high score in this event.  Their presentation, which everyone helped to put together and which was presented by Jamie, scored maximum points.

The fifth challenge was the much anticipated Gun Run challenge and was the most physical of all of the challenges.  This involved dismantling equipment which when put took together looks like a cannon gun.  The students had to get all the equipment along the course, and under webbing with only three team members allowed under the webbing at any one time. 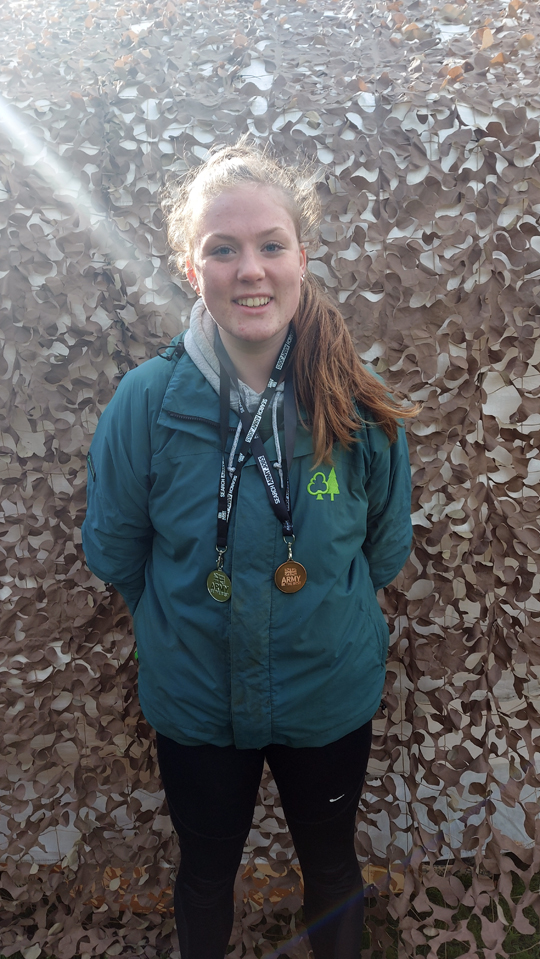 The final challenge involved note-taking and then answering questions based on what was written down.  The team received a bonus point for being well prepared with having a note book and pen, and Mrs Mitchell, who accompanied the students on the challenge day, took down the notes.  They learnt all about the Cavalry, including the equipment they use, their deployments and training.

“All of these challenges taught the students how to work well within a team and follow the British Army attributes of Courage, Discipline, Respect for Others, Integrity, Loyalty and Selfless Commitment.  They all had a fantastic experience and to top it off the Year 11 team won the whole day, with Carys in Year 11 also achieving a special award for leadership.” Claire Mitchell, Deputy Team Leader of PE. 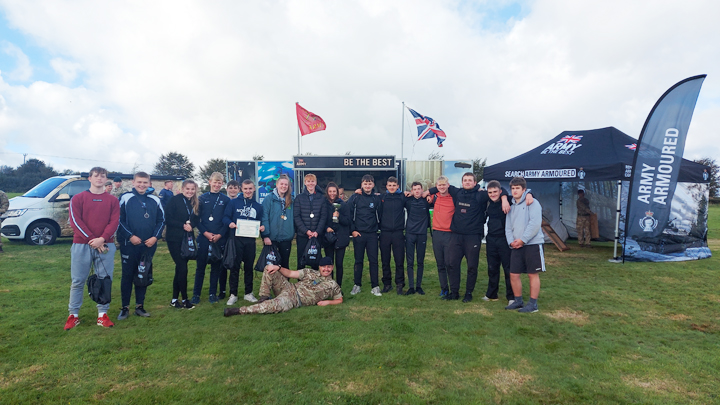