Ivybridge Community College Biologists and Physicists in Year 12 were invited to attend a University of Exeter Biomedical Physics Group Talk and Workshop at the College last week.

Thirty students learned how we may be able to use a new Spectroscopy technique (Physics) to detect pre-cancerous cells (Biology).  The workshop went through the basic science behind Raman and Brillouin spectroscopy, highlighting the importance of multidisciplinary teams in solving real-world problems and gave the students the opportunity to talk to biomedical physicists. 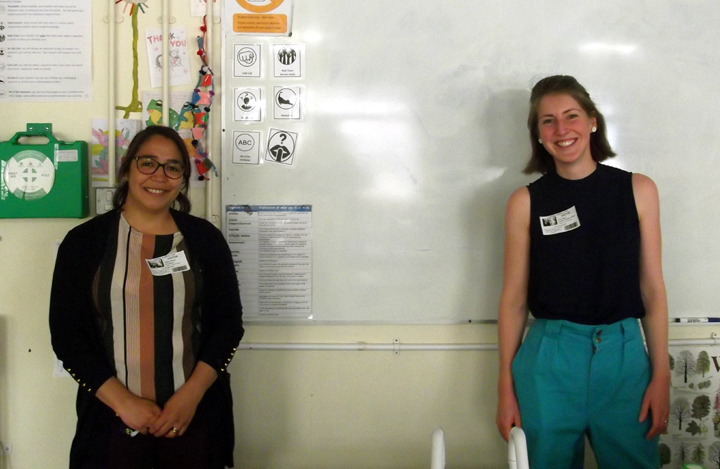 The presentation was organised by Dr Alice Mills (on the right in the photo), who founded the Exeter Science Centre, together with Dr Noemi Correa who is a Biomedical Physics Researcher involved in the project.

Following the workshop Year 12 Physicist, Caitlin, wrote, “Two scientists from the University of Exeter Biomedical Physics Group introduced us into the workshop with a question about Physics and Biology that related to medical imaging, before explaining that they’re investigating new methods of detection for oesophageal cancer.

We were all given worksheets to record the main ideas and data from the demonstrations that also included more information about their research.  We had some hands-on activities to gauge our understanding of how the science behind it works in a more visual sense.   After recording our findings, the scientists explained the reasoning as to why that occurs and how it relates to what they are trying to achieve in their research. 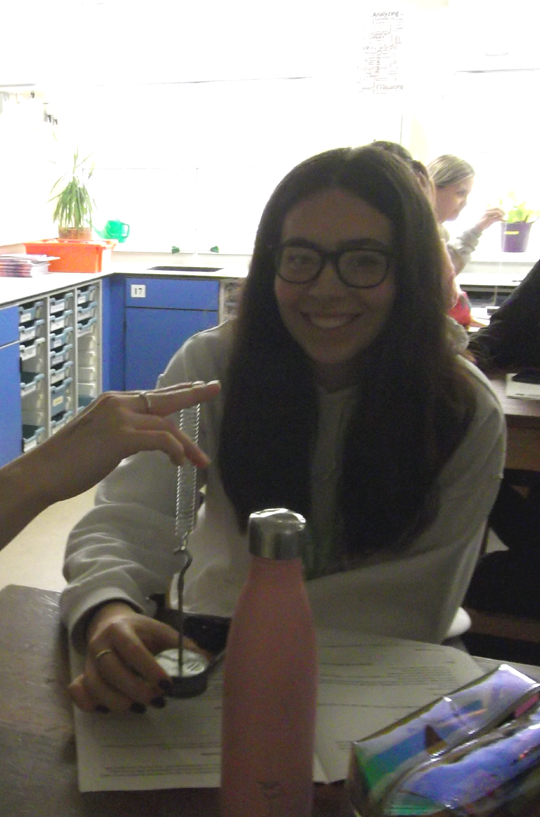 The activities required using our knowledge of Physics and Biology, to apply it to an unfamiliar concept, and further consolidate the ideas that were introduced by the scientists.  The workshop not only taught us about Brillouin and Raman spectroscopy, but also how the sciences overlap and are crucial to one another.

The scientists running the workshop created a fun environment to learn about Biomedical Physics and also how to pursue a career in that field.  They spoke of their personal journeys from university to their position researching oesophageal cancer, emphasising the true magnitude of possibilities with pursuing a career in STEM.  Overall, the workshop was very insightful in terms of our advancement with technology, but also the paths we can take to make a difference.”

Richard Barry, Head of Physics, said, “The Sciences can too often be seen as separate, distinct pursuits, yet so many of the advances going on in the world are the result of interdisciplinary collaboration.  It was a real treat for myself and Jon Lyall, Head of Biology, let alone our students, to see such a case study brought to life, and equally fascinating to hear how careers in Science can be so variable and diverse, sometimes switching quite radically between disciplines and taking unpredictable, responsive paths. 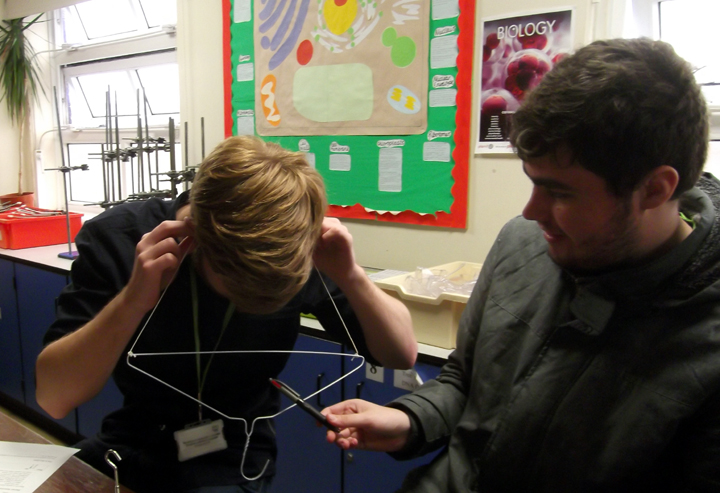 Dr Correa was born and educated in Chile, and her story was another reminder of how Science transcends political posturing and squabbling and provides us all with an example of how we can work together to solve the problems the world faces, and how many international opportunities there are for Scientists and Engineers.  I hope our students got as much from it as I did!”

A team of scientists led by the University of Exeter Biomedical Physics Group are investigating new methods for the early detection of oesophageal cancer. The team are looking at a condition called Barrett’s oesophagus where stomach acid, in patients with long-term reflux, damages the cells in the wall of the oesophagus and causes the cells to change to abnormal cells which sometimes resemble the cells that line the stomach. This condition can be harmless but can sometimes lead to cancer. A big problem with this type of cancer (and indeed many types of cancer) is that we need more accurate methods to identify certain types of cell, ideally without having to take a biopsy which can only sample a tiny section of the oesophagus; risks infection; is painful and invasive and the analysis of which is subjective. The new method being developed uses techniques called Raman and Brillouin Spectroscopy, which are vibrational spectroscopy techniques which use laser light to understand the chemical and mechanical properties of cells. This is non-invasive, non-destructive, chemically specific and significantly less subjective than current methods. Raman spectroscopy has already been demonstrated as a useful technique for detecting Barrett’s oesophagus (BO)-associated pre-cancerous and cancerous cells. The combination of Raman with Brillouin Spectroscopy is new research currently being undertaken. They don’t yet know the importance or usefulness of Brillouin Spectroscopy in this application.