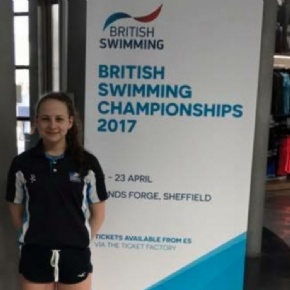 Hollie Steer has gained a qualifying time which will set her up against the fastest senior swimmers in Britain this April.

"Congratulations to Hollie Steer, who has qualified for the British World Championship Trials next month.  Before even qualifying for her first National Championships, she has gone straight to the biggest event in Britain with the fastest senior swimmers."