Staff Get their Running Shoes on in National 5km Challenge

During the last weekend of March, staff at Ivybridge Community College joined in ‘The SchoolRUN’ challenge.

They joined staff members from schools across the country, as far afield as Belfast, in a group challenge where the aim was to run/run-walk/walk a 5km route of their own choice and then submit their time.  This monthly inter-school challenge has been organised by Gary Burman, from Kingsbridge Community College, to help improve wellbeing for teachers and support staff.

The main benefit from this event was to get people out of the house, to take their children, or their dog, with them and walk or jog 5km.  Plus the camaraderie of knowing lots of colleagues were doing the same was really positive.  Overall, the health, wellbeing and teamwork benefits of this challenge were excellent.

There were two winning categories: for the most number of staff participating from any school, and the six fastest times from each school (totalled up to give an overall winning school). 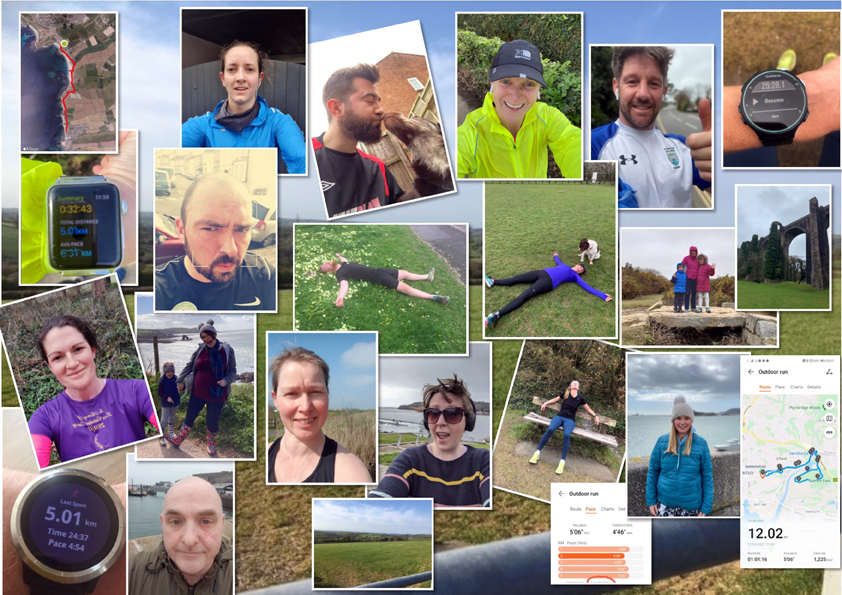 Claire Davidson, teacher of English at the College, invited staff to take part, and said, “I hoped I might get a handful who fancied an outing.  I imagined perhaps 10, but secretly hoped for 20.  However, after only a week of advertising the event, more than 90 staff participated.  We had 17 members of staff from the English Department, 15 from PE, 10 from Science, 9 from MFL, a multitude of Teaching Assistants, Technicians and Support and Administration staff, plus staff from the smaller College departments too.  Nearly every department was represented.  My grateful thanks also go to the College’s Senior Leadership Team for supporting this event and setting a great example by joining in too!

The first place team prize went to Northampton School, but the Ivybridge ‘A Team’ took second place overall with the top six runners to count.  Those were Mr Shepherd, Mr James, Mr Mottram, Mr Clift, Mr Hargreaves and Mr Mitchell - almost a full sweep for the PE Department, with a sprinkling of Science and Support staff!  In fact, there were four Ivybridge teams of six in the top eleven schools, which is hugely impressive.

However, the most awe-inspiring statistic of all should be saved until last.  Of the 217 people that took part from across the UK, with schools as far afield as Northampton and Belfast, 85 of them were from Ivybridge Community College!  As I went through the results highlighting our entrants, the page became a sea of colour.  Almost every other person in the results was a member of our staff.  This speaks volumes about the enthusiasm and support staff are prepared to give one another.  Social Media buzzed enthusiastically as staff exchanged red-faced selfies and congratulated each other on their efforts.

The main purpose of this event was to improve wellbeing in a shared event, showing that we can still ‘be together’ even when we can’t.  The overwhelming response shows how much events like this are needed, so a huge thank you goes to Gary Burman for organising it and putting so much work and passion into improving wellbeing for teachers and support staff.

If everyone who ran had submitted their results we would have recorded nearly 95 members of staff, so next month on the last weekend of April, I hope we will do it all over again, smash some mass participation personal bests and enjoy chatting about it afterwards!”