Ivybridge Community College Year 12 student, Emily Morgan-Hughes, is very passionate about her sport of swimming and shows great commitment to a gruelling training schedule.  This strength of character has finally paid off, giving her the opportunities that she so deserves.

Emily travels every day to Tavistock, which is a 45 minute journey, to attend her swim training.  She swims for the Dartmoor Darts Aquatics Club, which has only 20 'senior' (13-19-year-olds) swimmers in the whole club.  This is good news for Emily as it means that her coach can focus on everyone individually, as they are a very small group.  She trains twice a week in the mornings before College, and also in the evenings, which means that she finishes late at night (often finishing at 9.00pm and not getting home until 10.00pm).

Emily says, “I have been competing competitively since I was 9 years old and it has been my lifelong dream to one day be an Olympic swimmer.  I love it. Swimming is my life!

When I was 13, I was regional champion in the 200m Breaststroke as well as coming 2nd and 3rd in other Breaststroke events - this qualified me for the Nationals.  I attended my first ever National competition and won a Bronze medal in the 100m Breaststroke (this is my main stroke, but I also race Backstroke too). 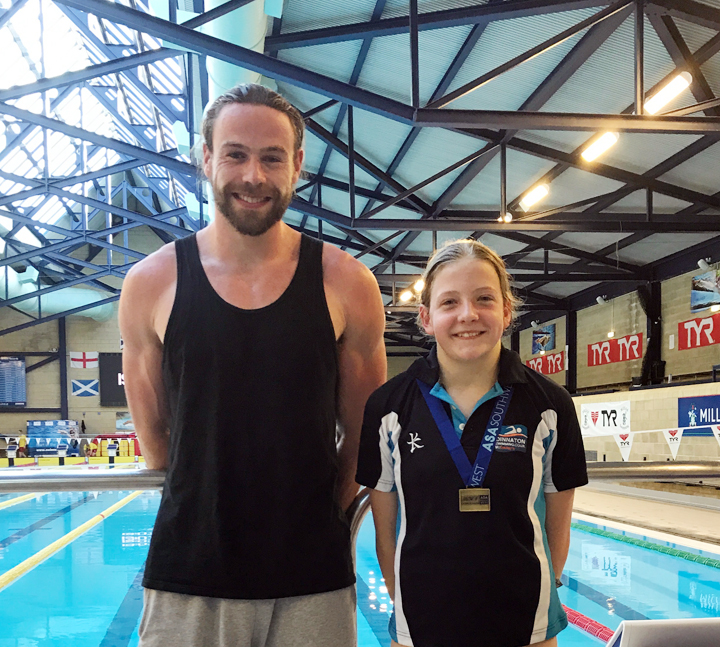 The following year I had a plateau - this happens to most swimmers. This meant that even though I worked really hard I couldn't get a PB (personal best) and it was a real struggle for me.  I didn't do as well as I wanted to at the Regionals, however I did qualify for the Nationals again, where I got a one second PB in the 200m Breaststroke, winning another Bronze medal.  I was over the moon after such a long and hard season.

Last year I qualified for the Regionals and achieved a few medals, and also competed at the Nationals but I didn't achieve my goal of National champion or a Personal Best; it’s fair to say there were a few tears!

This year (although due to COVID-19 the season was much shorter), I felt was my best season yet.  I had come off my plateau!  I had a new training partner and I worked harder than I had ever trained before.  I became Devon Champion in my 2nd best stroke (the 200m Backstroke) as well as winning multiple Gold and Silver medals for my Breaststroke. 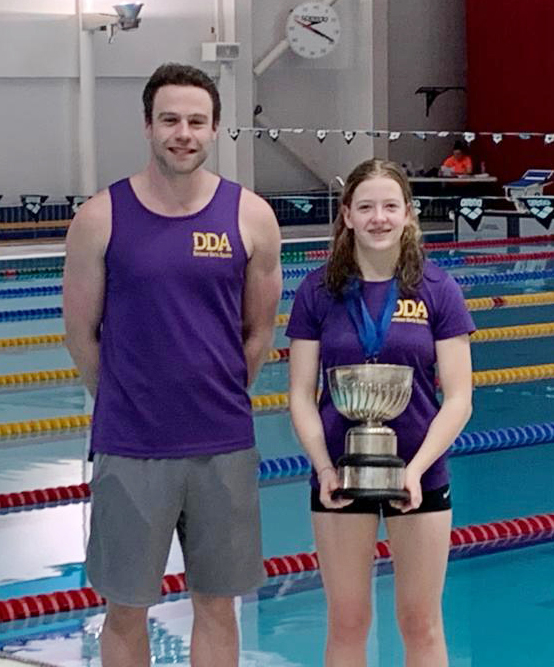 I was determined to attend the British Championships, which also doubled up as the Olympic Trials.  This event has been my goal for the last three years.  On the last meet of the season (a week before lockdown) I competed and achieved a four second Personal Best in my best event and qualified for the Olympic Trials!  I was extremely pleased!

I was disappointed to not attend any of the big competitions this season, but I am incredibly proud of my achievements, as well as getting all the GCSE's that I wanted.”

“We are very proud of Emily and her achievements in swimming, as well as for securing all of the GCSE qualifications she was hoping for; all while juggling such a busy schedule!  Her hard work and determination, especially when facing adversity and hitting a plateau, are really starting to pay off.  She is a role model for other young people at the College who are striving for success in their chosen areas.  We wish her all the best for her future swimming career and also her studies as she commences Year 12.”  Kelly Olive, Deputy Principal