On Wednesday, 4 March, the Ivybridge Community College Boys’ U15 Football Team qualified for the ESFA National Schools Cup Semi-Final after an outstanding 8-1 victory at home against Dorothy Stringer School from Brighton.

The team have been drawn to play at home in the ESFA National Semi-Final, one step away from playing at a top ground.  They will play host to either Central Foundation School, Islington, or Redborne Upper School from the Bedford Area.

The tie started with both teams looking very good, especially going forward.  Toby scored the opener for Ivybridge about 10 minutes before the half time break, but Ivybridge conceded with the last kick of the half as the sides went into half time 1-1.

The second half was a whole different story.  The Ivybridge team played some outstanding football and managed 7 more goals.  Jack scored an excellent free kick shortly after the break to put Ivybridge 2-1 up.  Then the confidence kicked in and Ivybridge ran riot.  Isaac scored the 3rd before a Callum M hat trick sealed the game.  Koen and Jude finished the scoring in the second half to give Ivybridge a well-deserved 8-1 victory.

We would like to thank you everyone for your continued support for our Ivybridge Football Teams and remember you can stay up to date at http://www.esfa.co.uk/competitions/?page=31AD70BA31EC2D8388

Footballing Opportunities for all Students

On Tuesday, 11 February, Ivybridge Community College hosted the annual U12 Belgium Cup Football Competition, with Okehampton, Kingsbridge and Dartmouth all bringing their teams.  This competition is for students who haven’t had an opportunity to represent their school in any football fixtures yet this year.  More than 40 Year 7 boys, making up three Ivybridge teams, participated in this fantastic event.  Two of the Ivybridge teams qualified for the semi-finals, with our ‘Team A’ winning on penalties in the final. It was a great afternoon of fun and competition!

Also on Tuesday, after a convincing 17-0 win in the first round of the County Cup away at Dawlish, the College’s U12 Academy footballers continued their great progress by beating ISCA (Exeter) 11-0 in the second round.  “The attitude and application of our students was outstanding and we now look forward to a quarter final fixture at home after half term,” said Mr James, Manager of the Year 7 Football teams.

On Monday, 10 February, the U13 Boys' FUTSAL Team completed a hat-trick of Ivybridge teams representing the South West at the National FUTSAL Semi-Final in March.

On Tuesday, 4 February the Year 7, U12 National B Football Team progressed into the quarter finals of the ESFA National Cup Competition, winning 2-1 at home to Steyning Grammar School, from Brighton.   Well done to Elliot P who scored two fantastic goals.

“It was a magnificent effort from the entire squad in a very physical game; however the boys came together and showed great determination and resilience until the final whistle. Thank you to all the Year 7 students who supported, sang and celebrated with the team. We now wait to see who we draw in the quarter finals!” said Mr James, Manager of the Year 7 Football teams.

Ivybridge Community College’s  U15 Boys’ and Girls’ FUTSAL Teams  have both won through to the National FUTSAL semi-finals in Birmingham next month as they won the Devon regional competition on Monday, 3 February, at Paignton Academy.

Both teams beat the regional winners from the North, East, South and West of the county to represent Devon in the National Semi-Finals.

The teams were undefeated in all their games; the Boys’ Team won 5 games and drew 1, and the Girls’ Team won 3 and drew 1.

The Year 10 Boys’ National Cup Squad has progressed through to the regional quarter final round by beating Torquay Boys Grammar School in a thrilling 3-1 away win.   Goals from Jude, Oscar and Noah saw Ivybridge fight back from being 1-0 down to earn a place in the regional quarter final, which will be played at home on Thursday, 30 January, against Gloucester. ** Stop press** Ivybridge won 3-2 after extra time.  Match report to follow.

On Tuesday, 28 January the College’s Years 9 and 10 Girls’ National Football Squad completed a fantastic double for the U15 age group by defeating Bohunt School in the last 16 to join the boys in the regional quarter finals.  The Ivybridge home team were 2-0 down at half time, but a much improved second half display and goals from Rosie and Ellie (2) resulted in Ivybridge winning the game 3-2.  The draw for the quarter finals will be made on Monday, 10 February.

The Year 8 Boys’ Football Team has won the Devon FUTSAL finals defeating Torquay Academy in the final in a thrilling away game.   With the score at 1-1 at the end of full time it went down to the dreaded penalty shoot-out.  With the score standing at 3-2 to Ivybridge, Torquay Academy stepped up to take their final penalty to take the shoot-out into ‘sudden death’.  However, Ivybridge Goalkeeper, Dan, had other ideas; he made a fantastic save to give Ivybridge the right to represent their county in the South West Finals on Monday, 10 February at Paignton.

Ivybridge Community College are delighted to announce that their U15 (Years 9 and 10) Girls' Football Team have made their way to the last 32 of the U15 Girls' National Cup.

They played The Thomas Hardye School, Dorchester, and won 2-1 in a thrilling and entertaining game, held at the College, on Thursday, 9 January 2020.  Ivybridge took the lead through Rosie with a well taken goal, having shaken off a couple of Thomas Hardye players, and fired the ball past the onrushing goalkeeper.  The second goal came from Ellie, with a brilliant finish from 20m, which flew into the top corner giving the Thomas Hardye goalkeeper little chance to save it.

The team will have to wait for three weeks to see who they play in the last 32 of the National Girls' Cup.

Ivybridge Community College is delighted to announce that the Year 10, U15 National Football Team has qualified for the last 32 in the Schools’ National Cup. They beat Beechen Cliff School in Bath, 2-1 on Monday, 16 December with goals coming from Callum and Noah.

Our U13 and U15 Girls' FUTSAL Teams have both qualified for the regional finals in Paignton in the New Year as they won the recent district qualifiers.  They competed against Tavistock, Okehampton, Kingsbridge and Dartmouth.

Congratulations to the College Girls' U13 and U15 Football Teams who have progressed into the last 64 of the National Cups in their respective competitions.

Year 7 Football Teams Continue to Impress In The National Cup.

The Ivybridge Community College National A and National B Football Teams have continued their progress in the ESFA U12 (Year 7) National Cup competition.

Both teams enter the latter stages now, with competition becoming increasingly high.  The National A team will play at home against the winners of Torquay Academy and St Luke’s (scheduled to be played before Christmas).  The National B team are waiting to find out their opponents for the next round, with only 32 schools remaining.

“The attitude, effort and application from both teams has been outstanding. Students have shown great commitment and we look forward to the next set of fixtures,” said Mr James, Manager of the Year 7 Football teams.

Having already beaten Tavistock, Eggbuckland and Callington, the National A Team travelled to West Cornwall to play against Redruth School, knowing a tough game was in store.  A quick start from Ivybridge and some clinical finishing from Jude (2) put us 2-0 up, before Captain Tegan scored from outside the box to add our third.  Redruth came back strong, but the team managed the game really well in difficult conditions.  With only 5 minutes to go in the match, Charlie  scored a great goal to make it 4-2, but Redruth soon scored their third which set up a nervous last few minutes. The team held out and came away with a deserved 4-3 win.

The National B Team have also been progressing well.  In their first fixture against Torquay Academy, Ivybridge were 3-1 down with minutes left in the match, but Elliot scored two late goals to bring it back to 3-3 and send us to penalties.  After eight penalties each and some heroics from goalkeeper Josh, captain George stepped up to score and put us through to the next round.  In the last game the squad were fantastic, finishing 11-1 against All Saints; both Matthew and Marlee  scoring 4 goals each. 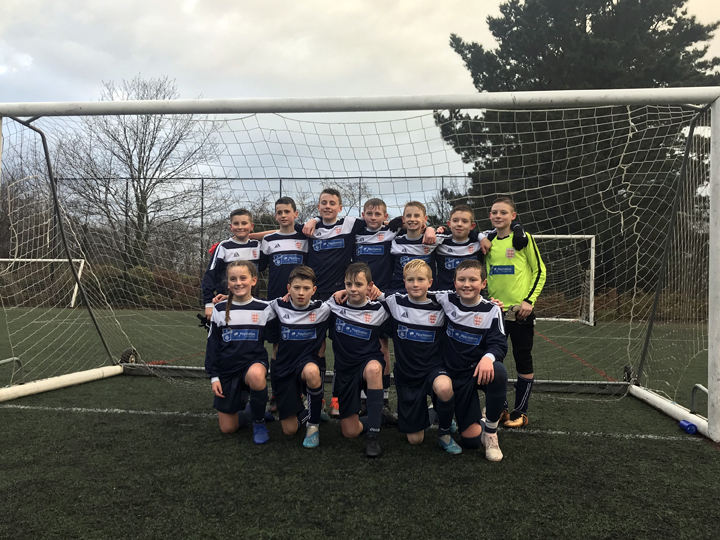 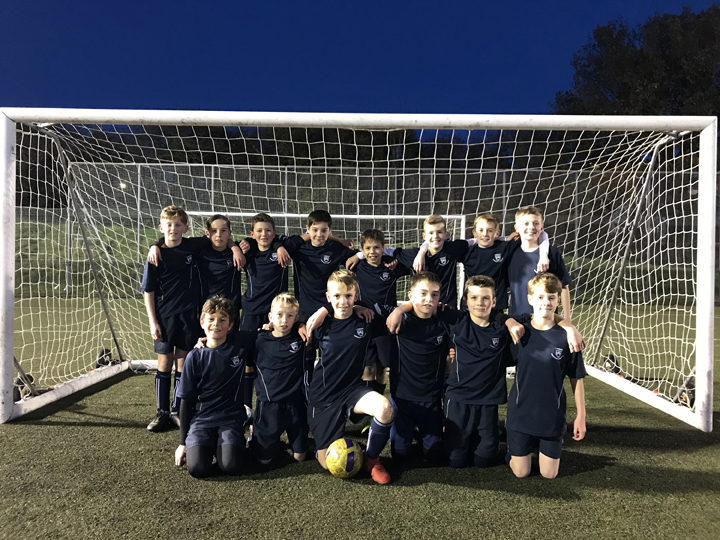