The success of Ivybridge Community College’s sporting stars was celebrated at its 2019 Sports Awards Evening.  Over the course of the evening, awards went to students from Years 7 to 13. 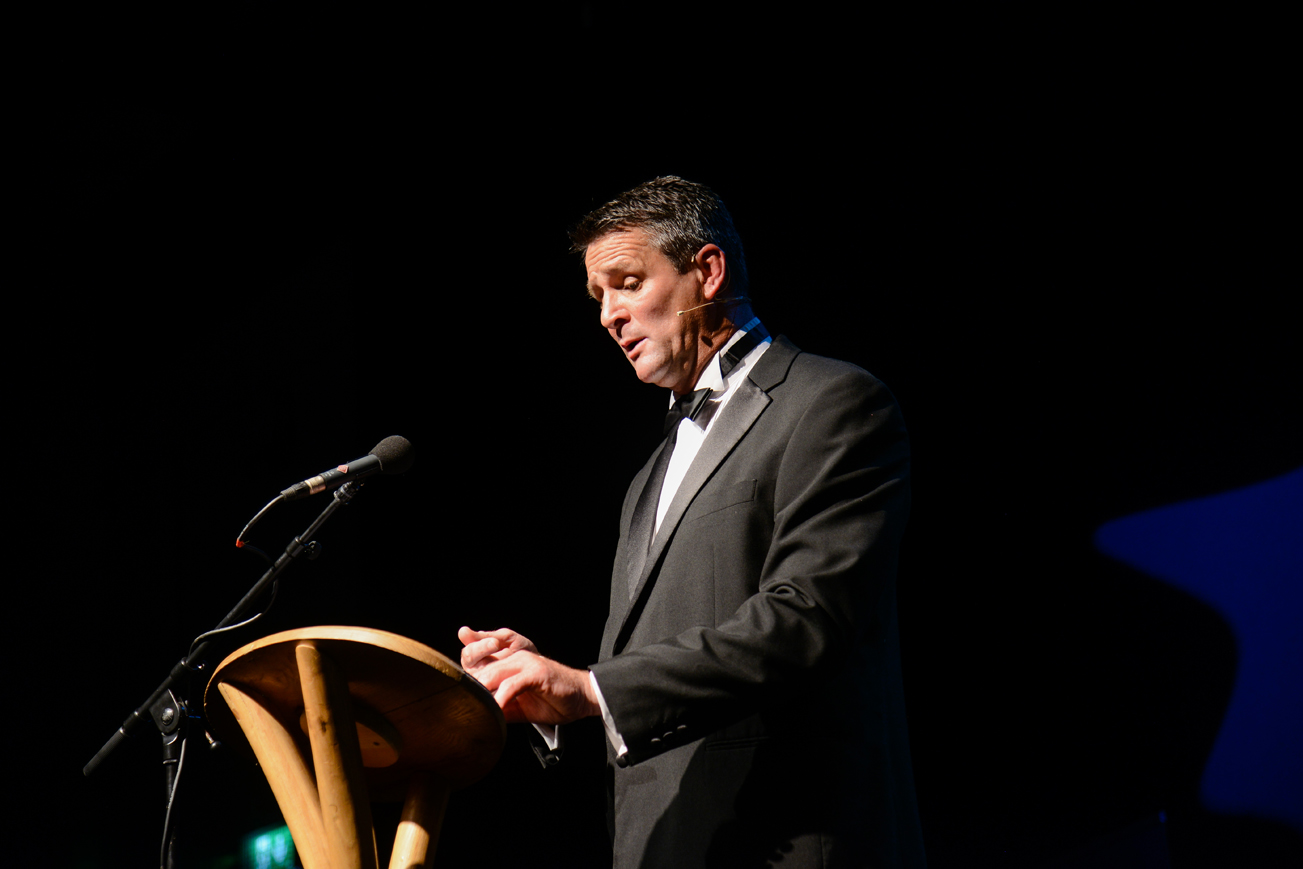 The awards were a clear demonstration of how strong Ivybridge Community College’s sporting programmes continue to be, with countless examples of high-level sporting prowess and endeavour.

The central theme running through the evening was the importance of participation and the recognition that sport moulds individuals beyond the arena itself, leading to a shaping of their characters that will stand them in firm footings for life’s challenges.

Some of the key points in the night included: 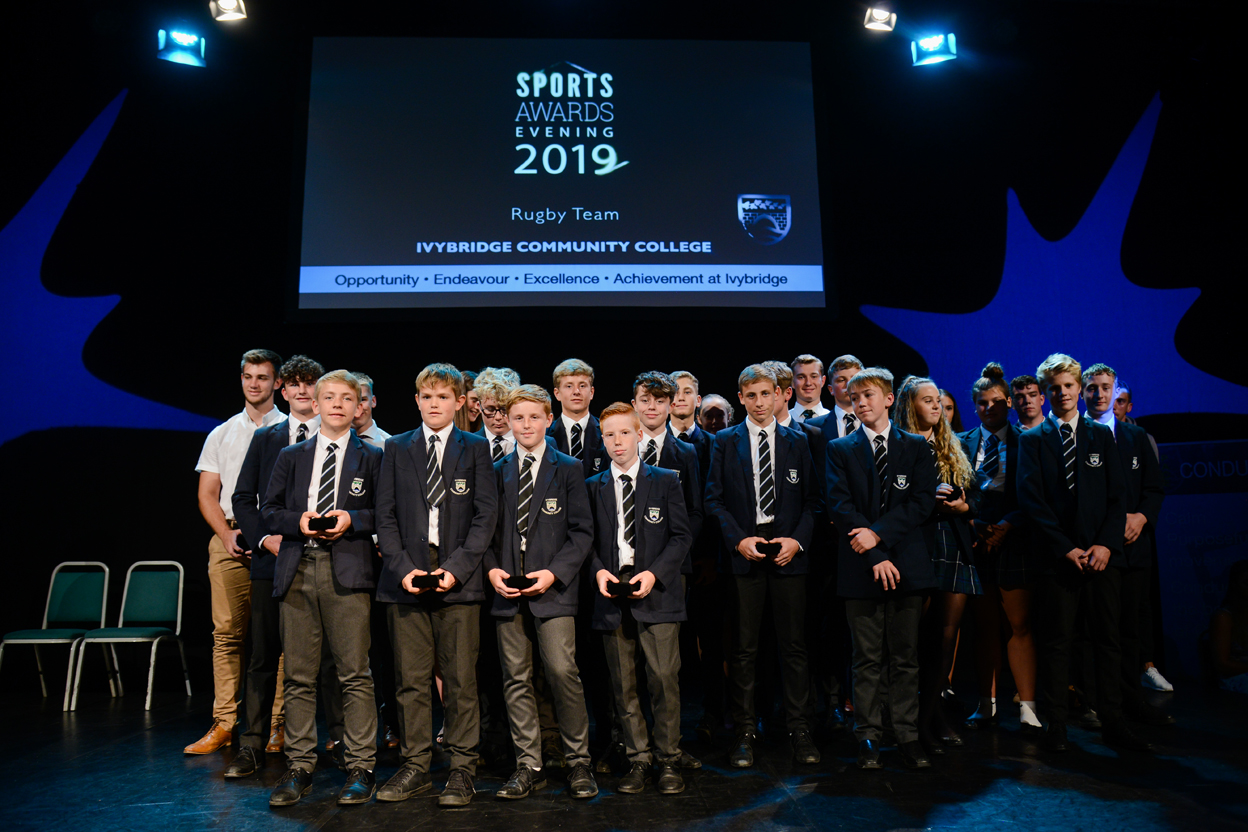 “It’s important to remember and celebrate stand-out sporting moments from the last 12 months, as it not only rewards the efforts of those involved but also sets a positive example to others who are striving for success,” said Helen Reddy, Head of Performing Arts.

Head of Physical Education, Naomi Philpot added “Commitment and sacrifice are two essential ingredients in any athlete’s success, so balancing a high level of training alongside academic work forms a key part of the lives of those being recognized at the awards.  I commend every athlete at Ivybridge Community College who has strived to improve their performance level over the past 12 months.  The awards evening was a wonderful way to celebrate this and recognise our exceptional students.”

Hosted by Chris Brown, Director of the College’s Sports Academy, and Naomi Philpot, Head of PE, medals and trophies were awarded to students and teams.  Some highlights from the night included: 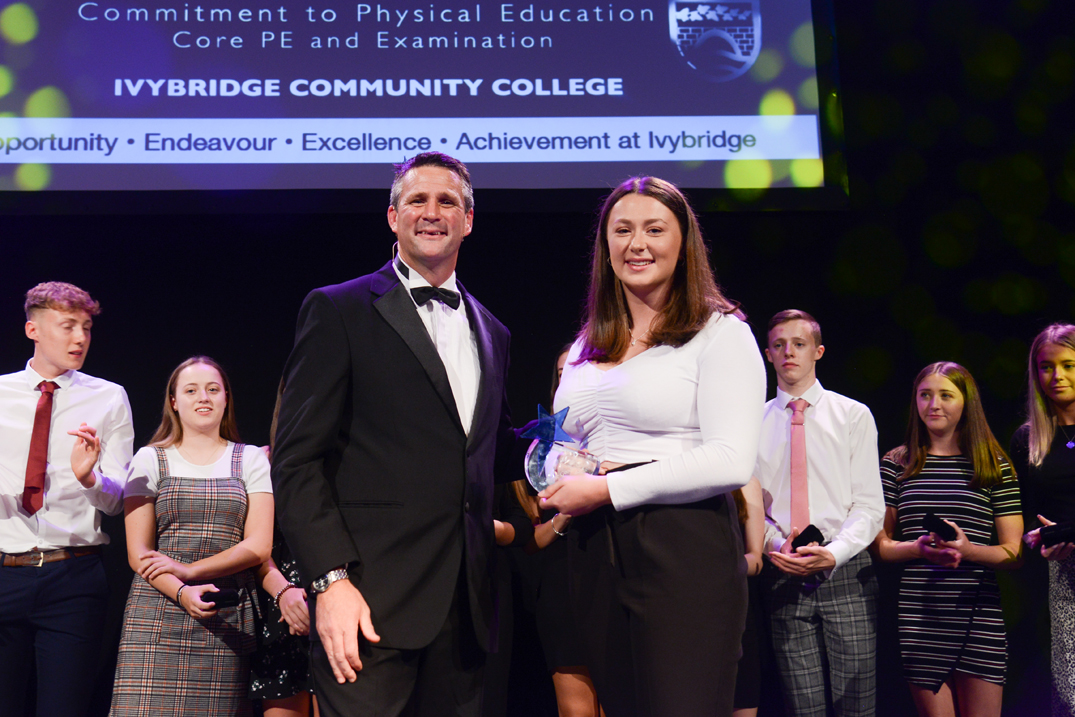 The Female Sports Person of the Year was awarded to athlete Lois Fileman, who has represented the South West in many competitions, achieved an A at A Level in PE and is presently studying at Loughborough where she will continue to develop her Athletics. 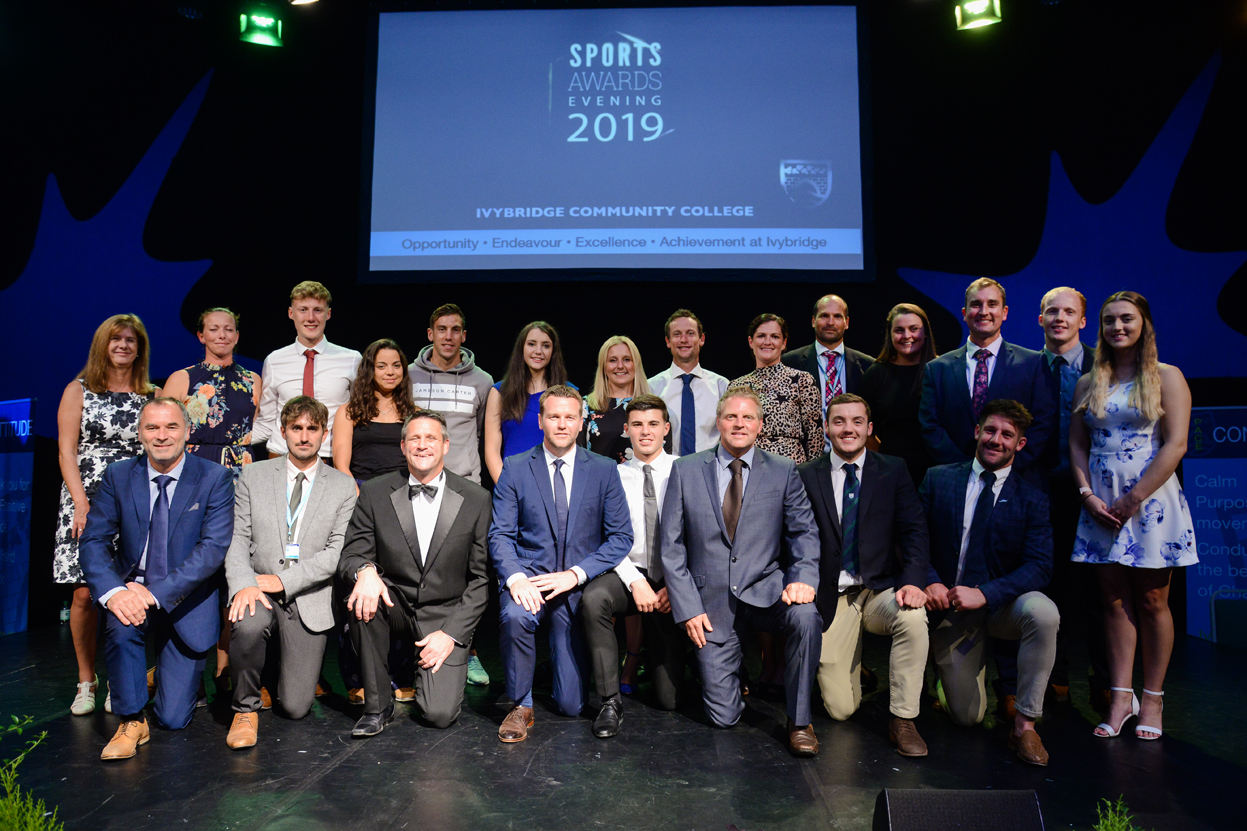